Most Americans once were mostly in agreement about what happened on December 7, 1941, 80 years ago this year. But not so much now, given either the neglect of America's past in the schools or woke revisionism at odds with the truth.

The Pacific war that followed Pearl Harbor was not a result of America egging on the Japanese, not about starting a race war, and not about much other than a confident and cruel Japanese empire falsely assuming that its stronger American rival either would not or could not stop its transoceanic ambitions. . .

. . . In sum, it was largely Yamamoto's enormous ego, his tactical genius, and his strategic ineptitude, along with Japanese hubris, that explain the strategic idiocy of a brilliant but short-lived victory at Pearl Harbor. But to be fair, no student of military preparedness, economic resources, or social organization could have ever believed that a relatively vulnerable and isolationist United States, still reeling from recurring cycles of depression, in less than four years would have fought simultaneously across the Pacific and Europe with a 12 million person military, the largest economy in history, and the world's most formidable weapons such Essex class fleet carriers, Balao submarines, B-29 long-range bombers, Hellcat and Mustang fighters and the world's first atomic bombs. 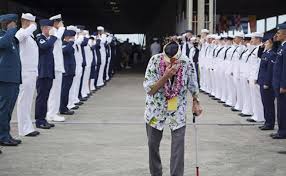 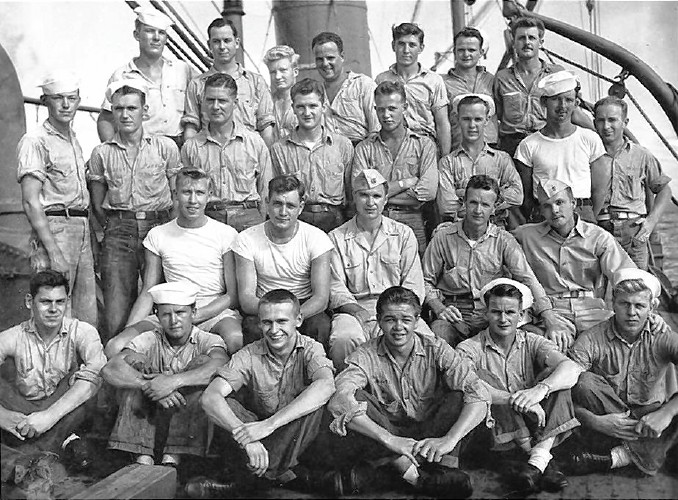 'Day of Infamy' and a devastating defeat. The United States suffered 3,435 casualties and loss of or severe damage to 188 planes, 8 battleships, 3 light cruisers, and 4 miscellaneous vessels. The U.S. Pacific fleet was in shambles. 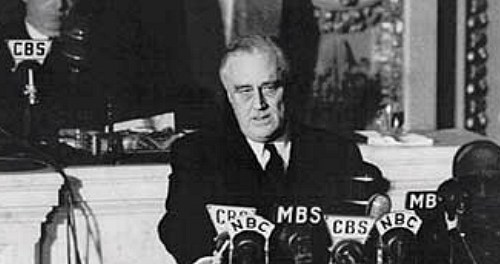 FDR: "No matter how long it may take us"

Almost 4 years after the deadly attack on Pearl Harbor, America had had enough. Because Japan had not surrendered already, despite numerous crushing defeats, the U.S. called upon a weapon that would end all fighting in the Pacific Theater.

This weapon was the atomic bomb. More specifically two atomic bombs, named "Little Boy" and "Fat Man" .. the most deadly weapons ever used.

On August 6, 1945, "Little Boy" was dropped from a B-29 bomber. The bomb detonated 2000 feet above Hiroshima and destroyed five square miles of the city. There was no response from Japan. The second bomb, "Fat Man" was dropped onto the city of Nagasaki on August 9. The destruction was again terrible.

For President Truman, the decision was a clear-cut one. America was weary of war against a hated enemy. The nation also realized the massive cost in lives of invading the Japanese mainland. More 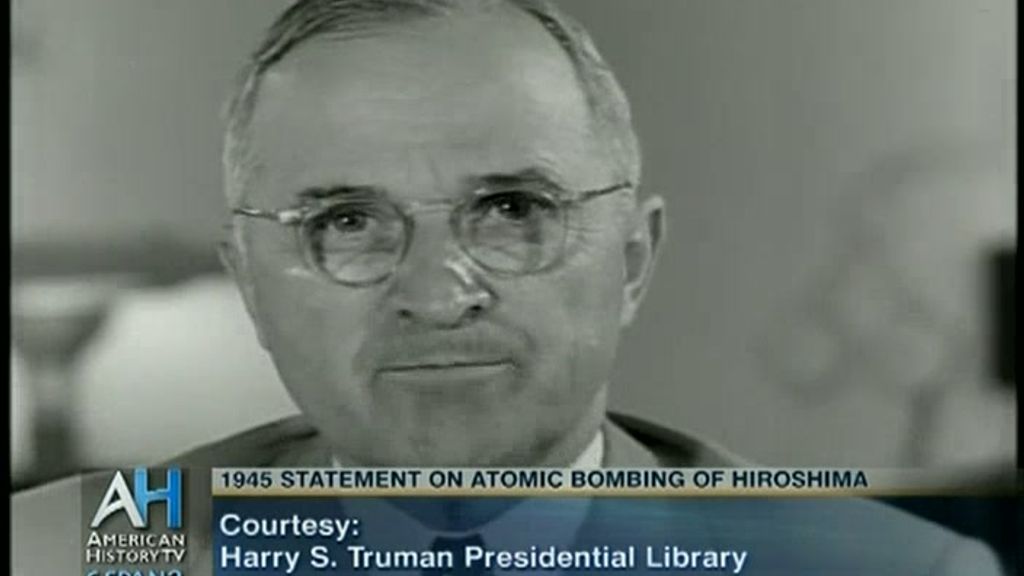 .Truman: "It is an Atomic Bomb"

Six days after the attack on Nagasaki, on August 15, 1945 (Aug. 14thin the U.S.) Emperor Hirohito announced Japan's surrender over the radio. World War II was over.