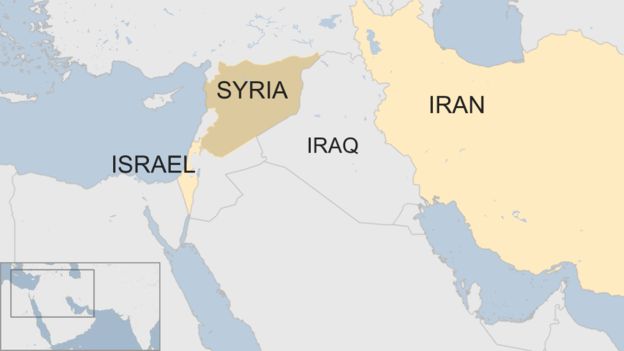 The ground-to-ground missile aimed at the Golan on Sunday, Jan. 20 was fired by Al Qods and made in Iran. IDF army spokesman Brig. Gen. Manelis said in a statement on Monday, Jan. 21 that Sunday’s missile attack on the Golan was aimed at civilians and carried out by the Iranian command – not local militias. It was a Fateh-110 missile, which carries a quarter-of-a-ton warhead to a range of 300km. It was intercepted by Israel’s Iron Dome air defense system.

For the first time, an Israeli military spokesman named the Al Qods Brigades (of the Iranian Revolutionary Guards under the command of Gen. Qassem Soleimani) as being present in the Damascus region. He said the Iranians “had planned the attack in advance for the purpose of deterring Israel from continuing its operations against them,” stressing: “This was an Iranian attempt to attack Israel.”

Early Monday, Jan 21, the IDF struck Iranian Al Qods forces, command centers and ammo dumps in Syria for 50 minutes in volleys of guided missiles from the air and the ground, coming from three directions – Lebanon and two northern Israeli regions of Galilee and the Kineret (Sea of Galilee). The IDF called this its most extensive operation ever against Iranian Al Qods chief Qassem Soleimani’s forces in Syria.

Yesterday, Secretary of State Mike Pompeo delivered a video-conference message to the assembly of international economic leadership in Davos.

Q: We have the situation with Iran – where do you see the Middle East moving and what is really the U.S. policy moving forward?

SECRETARY POMPEO: The threat from the Islamic Republic of Iran is very real. You mentioned Yemen. You mentioned Syria. I think you talked about the challenges of Lebanese Hizballah in Lebanon. It’s still the case that Iran is striving to reduce Iraqi freedom, sovereignty, and independence. Those are places where Iran is truly the malign actor. 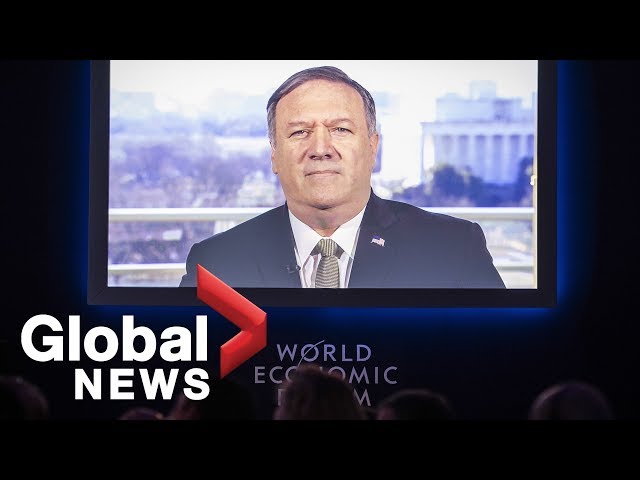