"If that really were the case, then the Left would not be importing millions upon millions of illiterate foreign peasants to boost the Democrat voter rolls - that is when they're not rigging elections to get the "right outcome" - or using the cover of a viral pandemic to strangle small business and "the middle class" in order to turn them into a permanent underclass dependent upon government and institute a command and control economy, or foment racial and ethnic strife to keep down close to two-thirds of the population who are not on board with "fundamental transformation."

If this country and society were so horrendous, Saul Alinsky would never have become a thing. The central tenet of Rules for Radicals is lying and deception to gain political advantage .. intended to make you doubt your beliefs and to give the appearance that the Leftist worldview was in the majority and ascendant here in the nation formerly known as the United States of America. Karl Marx invented the notion of "false consciousness" to explain why people who are flourishing in a prosperous, open society only think that they are flourishing and prosperous when in reality they are slaves to the upper class.

By the end of 2019, President Trump's economic miracle had elevated so many blacks, Latinos and lower income people in general and in so doing absolutely crushed the myth of Democrat-Leftist economic policy that had kept them in misery for decades. Minority unemployment was at record lows along with a concomitant record number of same leaving the welfare and food stamp rolls. 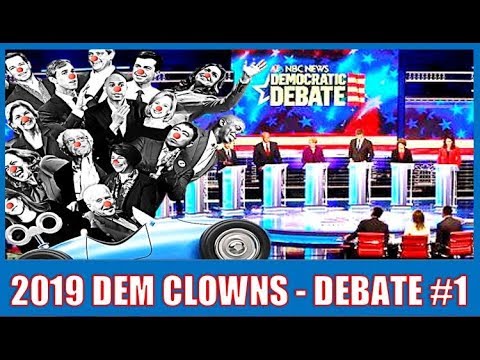 The laughable clown show that was the Democrat primary season only underscored how totally out of touch that party had become with its base, an underclass of the poor and disenfranchised who in truth were only poor and disenfranchised because of decades of Democrat policy they had been duped into voting for. Cue the greatest psy-op warfare weapon of all time and then the arrest of George Floyd. And the rest as they say is history.

But it's a history that is still being written. In spite of it all, there is a vast SILENCED majority of people who know that what we are living through right now is wrong.

And that is why the Enemy is going pedal-to-the-metal to brainwash the next generation of children into hating themselves, their parents and their history ... while being given absolutely zero instruction in the basic skills that would make them independent, functioning, moral individuals - the exact opposite of what a communist totalitarian state needs to maintain power."

The Morning Report - By J.J. Sefton