Children will be protected -- THIS. IS. FLORIDA. 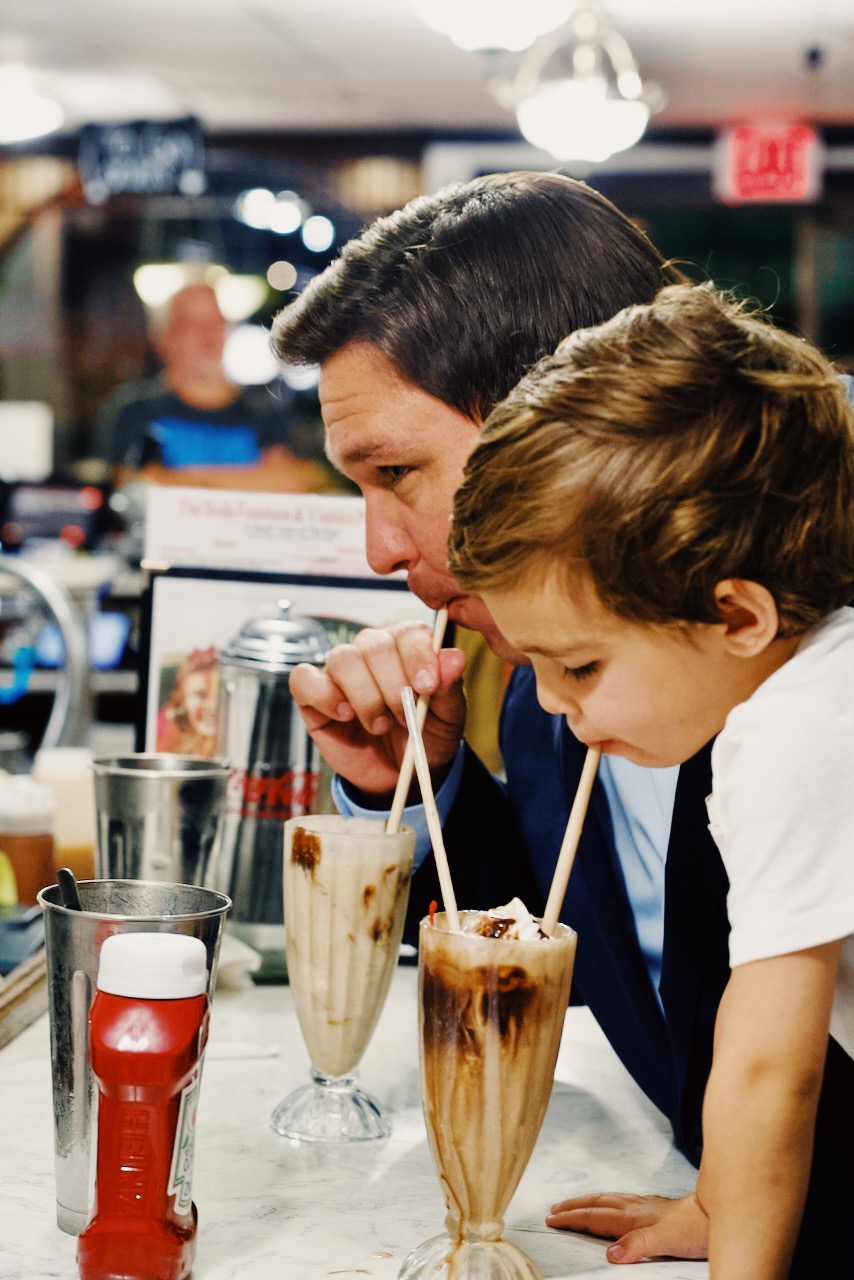 "You gotta hand it to a guy who convinces Democrats to die on the hill of defending perverted groomers talking about sex with little school kids. You would think that Democrats actually want to win elections. But no – they want to make the schools safe for pedos, and they don't care who knows it. But they'll care plenty in November when parents around the country come out and vote."
.
Read it all

The Daily Wire commissioned a poll (link) that presented the respondents in its study with the actual language from the Florida bill’s most criticized passage and then asked them to react to it:

Below is a passage from a new state education law. Please indicate whether you support or oppose it: "Classroom instruction by school personnel or third parties on sexual orientation or gender identity may not occur in kindergarten through third grade or in a manner that is not age appropriate or developmentally appropriate for students in accordance with state standards.”

The poll results indicate that Americans across racial, party, and age lines support the Florida proposal: 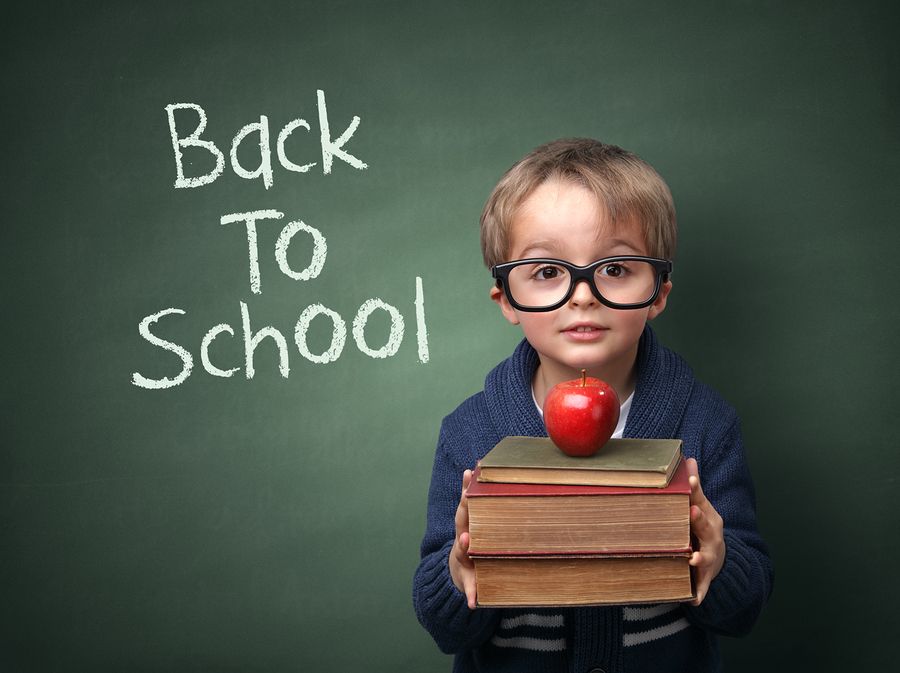 Florida House Speaker Chris Sprowls said, “This polling reflects what our common sense already tells us. Only fanatics think the classroom curriculum from kindergarten through 3rd grade should include teaching little children about gender identity.”

Governor DeSantis’ press secretary, Christina Pushaw, said the poll’s national findings are consistent with what Floridians are saying about HB 1557. “Radical progressives know their agenda is unpopular with the majority of Americans. That’s why they resort to telling flat-out lies — and the corporate media acts as the DNC’s comms shop”

Among Democrats familiar with the law, 47% said they heard about it from national networks, such as NBC, ABC, and CBS and 25% said cable networks like MSNBC and CNN.

Parental Rights in Education (HB 1557) made it through the Florida legislature. It is now headed to Gov. Ron DeSantis’ desk, and he’s promised to sign it into law. So, why is this bill being so maligned?

Here’s the reality of the Parental Rights in Education bill. It’s an anti-grooming law. There is no justification for a teacher to ever speak to a small child about “gender ideology” and sexuality, and any adult wanting to do that should be investigated for pedophilia. Parents are not going to sit by and allow that kind of insanity to be normalized and pushed on their children.

Some Republicans may cower in the face of the LGBT+ whatever lobby on these issues .. DeSantis isn’t going to. (link) 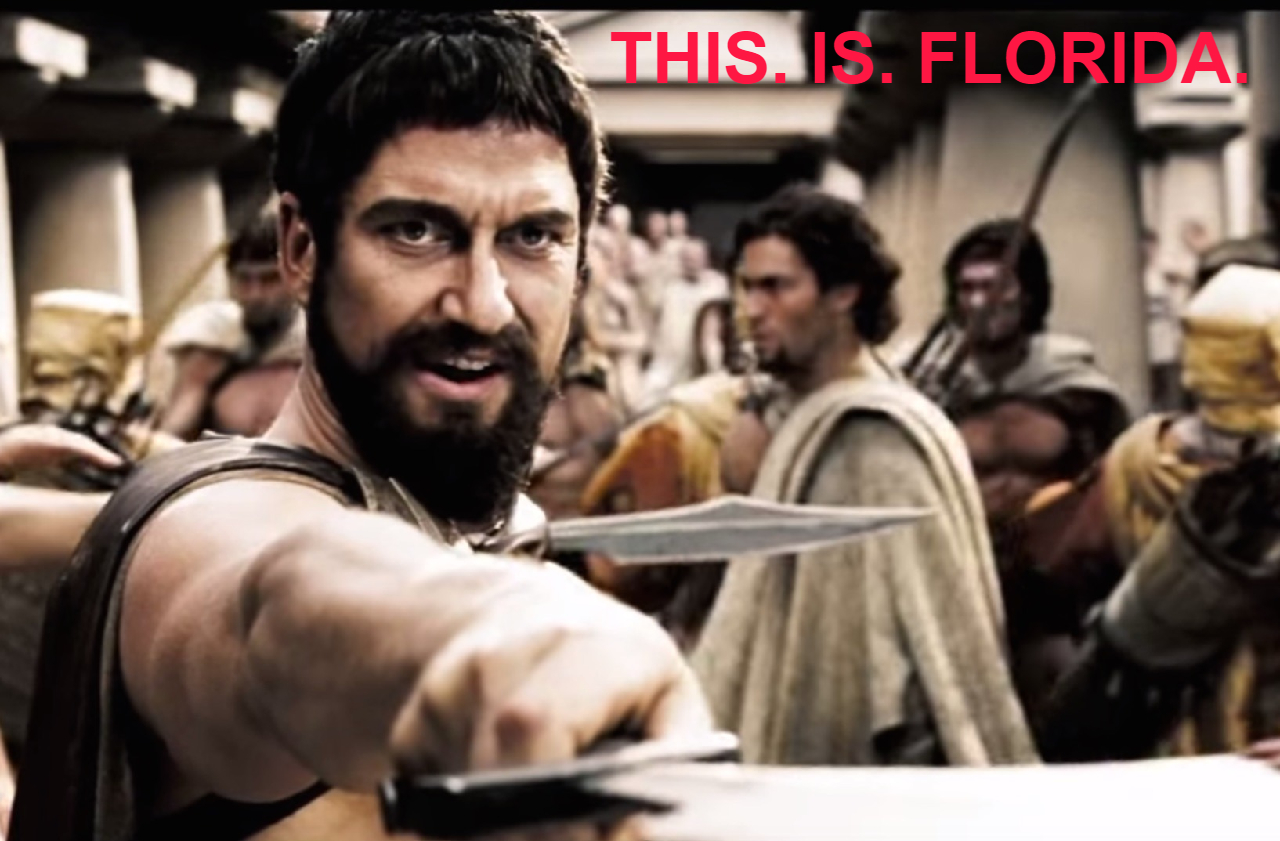 Of course, since everything is stupid, Disney Corp. has now gotten involved, denouncing the bill publicly. After requesting a meeting with DeSantis, Disney CEO Bob Chapek received it in the form of a phone call on Thursday. Here’s how that went: 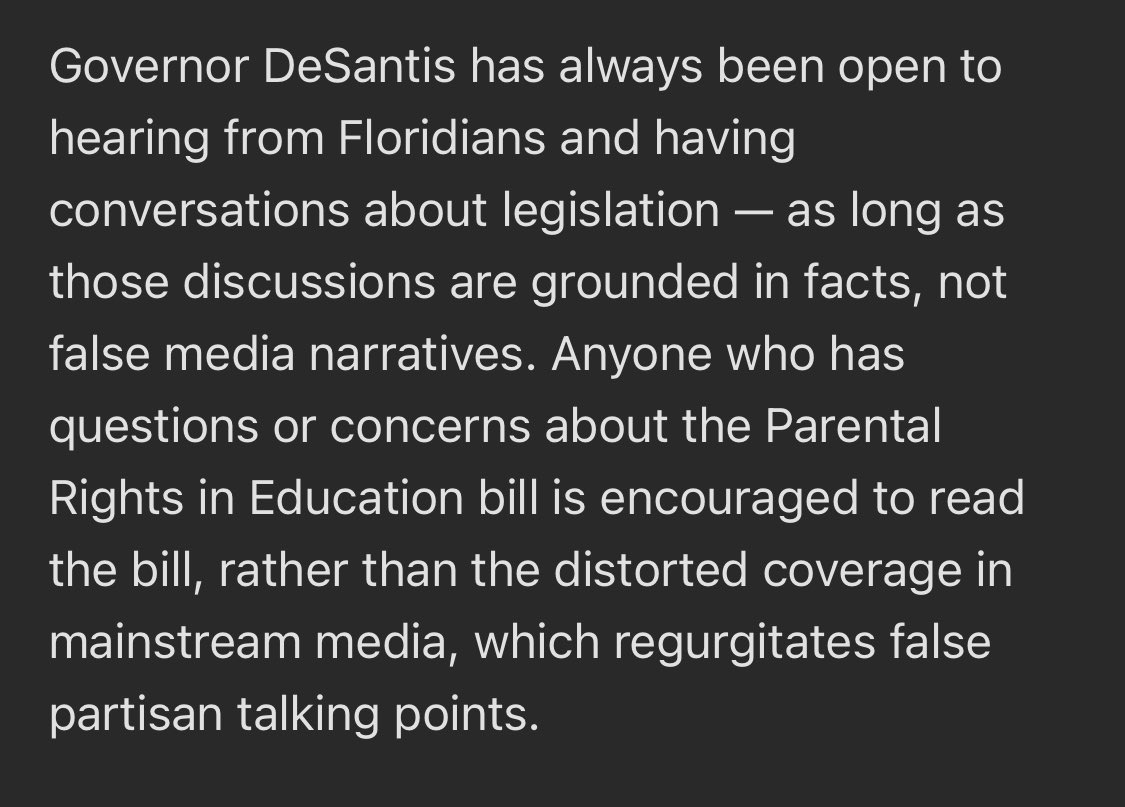 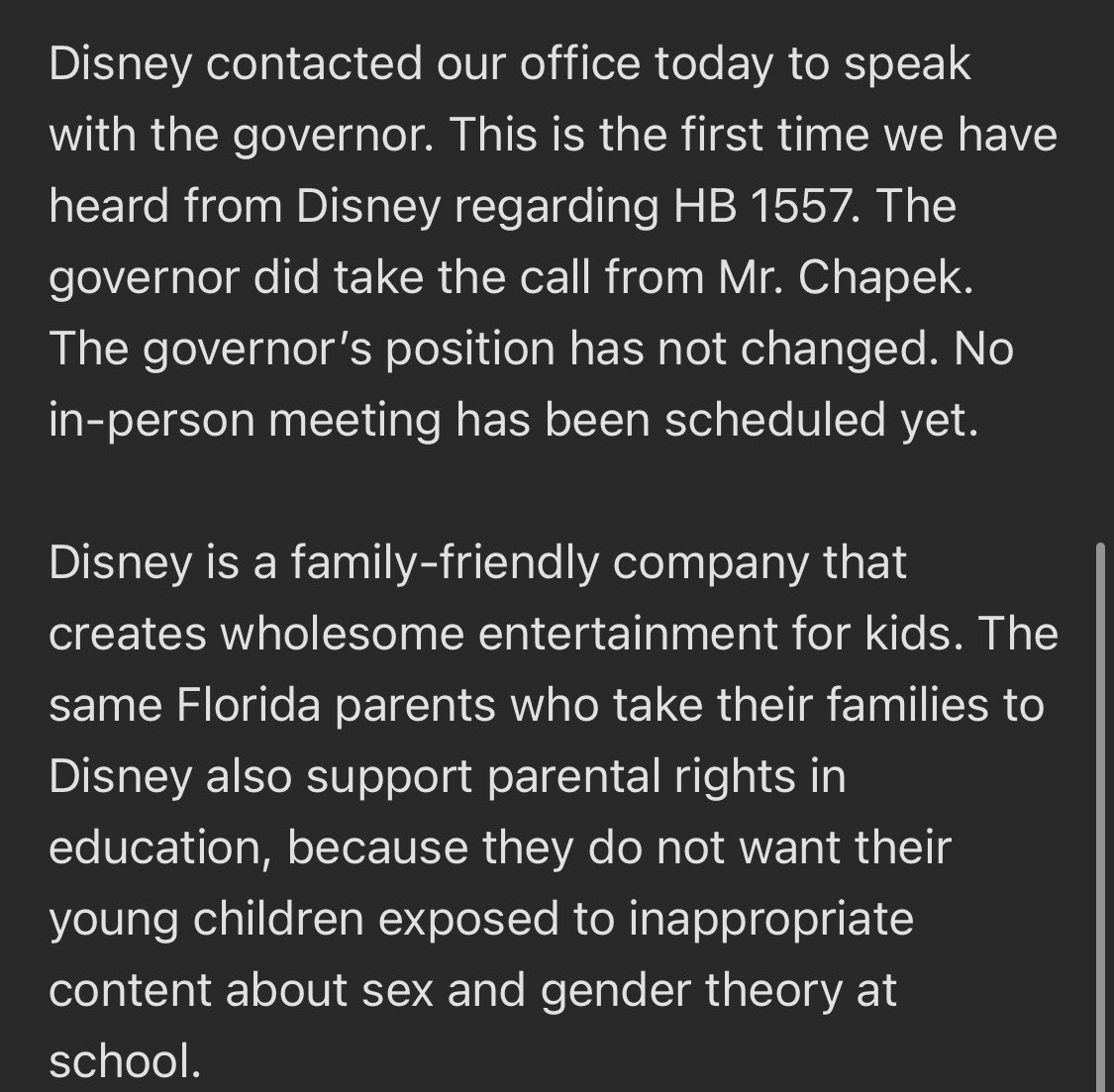 To summarize, Disney can go jump in a lake. Florida voters and their representatives have spoken. MORE @ RedState

"Train up a child in the way he should go: and when he is old, he will not depart from it."
Do you like this post?