"The big story of the 2018 election is the swing of the rich toward the Democrats." 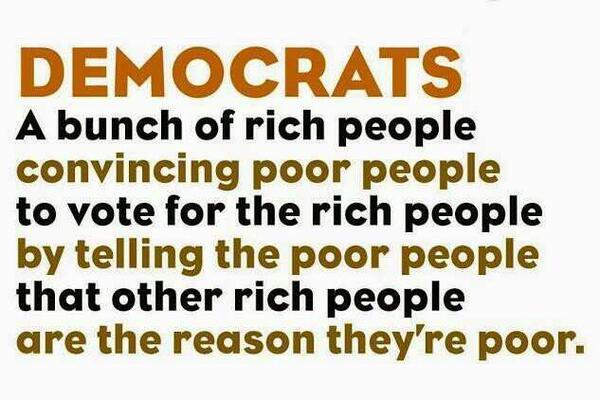 The nonpartisan OpenSecrets website that tracks political spending revealed that Wall Street Democrats crushed Main Street Republicans in 2018 midterm fundraising by $385.4 million. Democrats also beat Republicans in the number of total contributors to their candidates and in every other major category of fat-cat giving.

Democrats went all-in with Wall Street and Silicon Valley fat-cat cash to gain control of the House in the midterms, but the “blue cash tsunami” did not prevent Main Street friendly Republicans from enhancing Senate control (53-47).

Most Democrats ran on a promise to overturn the Supreme Court’s 2010 Citizens United free speech decision in order to supposedly keep big money out of politics. But Williams College Political Science Professor Darrel Paul commented after analyzing the richest 15 percent of congressional districts, "the big story of the 2018 election is the swing of the rich toward the Democrats."

Read it all @ FAT-CAT DEMS