Paul Deering - Chairman of the RECVC 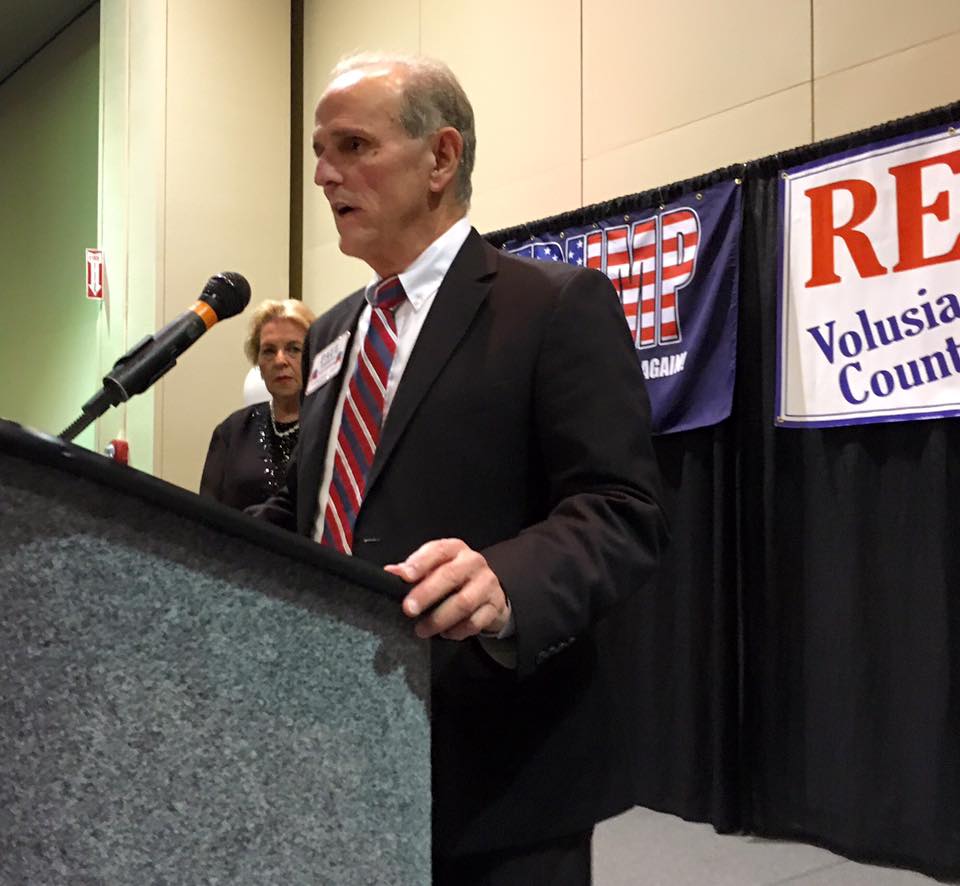 Paul Deering, the opposite side of Tony Ledbetter’s coin, will also be his successor as chair of the Volusia County Republican Executive Committee. Deering, a 72-year-old retired mortgage broker from DeLand, served alongside Ledbetter as vice chair for four years.

In 2016, Deering was elected as the party’s state committeeman, continuing in that role to recruit and train volunteers, oversee early voting sites and serve as a party parliamentarian.

Ledbetter’s death on Feb. 13 left a vacancy, which was filled temporarily by Marilyn Ford, the current vice chair, until Tuesday’s election.

While Ledbetter was known as a brash, take-no-prisoners fighter for President Trump and Republican ideals, Deering takes a different approach.

“You’ve heard the term good cop/bad cop? Tony was a tough guy. ... Paul, he’s the guy you send in to resolve friction and disputes between strong-willed people,” said Vic Baker, the party’s communications coordinator. “He’s a doer. He could talk eloquently, but he doesn’t focus on talking,” Baker said. “Tony trusted him implicitly.”

Deering defeated Wendell Dalla Rosa of Port Orange. Baker would not reveal details about the behind-closed-doors election but said the party’s secretary, Sandy Alvarez, has resigned. The party will now have elections in April to replace her and for the state committeeman post that Deering must resign under party rules.

Deering had the backing of Ledbetter’s widow, Toni, as well as Karen Giorno, director of the 2016 Florida Trump campaign, Joe Fieldus, the Volusia County Trump campaign chair, and others.

In a campaign video posted on YouTube last week, Deering wore a tie and coat emblazoned with two pins, a cross and another declaring, “I support President Trump.”

Deering, who didn’t immediately return calls on Wednesday, said he’s been a Republican since the Reagan era. “Tony and I were gifted with different styles, but shared the same core values and beliefs,” he said in the video. “Together, with your help, we turned Volusia County red for the first time in its history.”