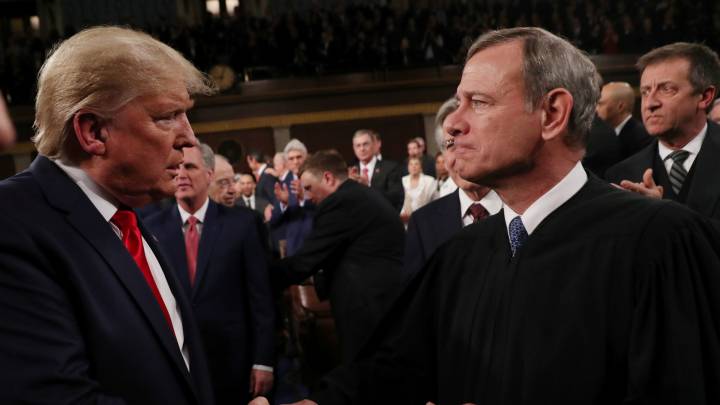 "The Trump campaign launched 28 lawsuits against individual incidences of apparent illegalities in the counting of decisive numbers of votes in swing states, including the Texas attorney general’s direct appeal to the Supreme Court supported by 18 other states on the issue of the unconstitutional failure of several of those states to comply with the requirement to ensure a fair presidential election result. None of these cases was adjudicated—judges invoked technical reasons to avoid addressing the merits.

The Supreme Court presumably ducked the Texas case because of the extreme controversy that would have arisen had it reversed the election result, and also to reduce in advance the prospect of a court-packing bill and to preserve the integrity of the court for possible challenges to the Democrats’ planned assault on the entire system of free elections in H.R. 1."

"Whatever their reasons, the judiciary abdicated." 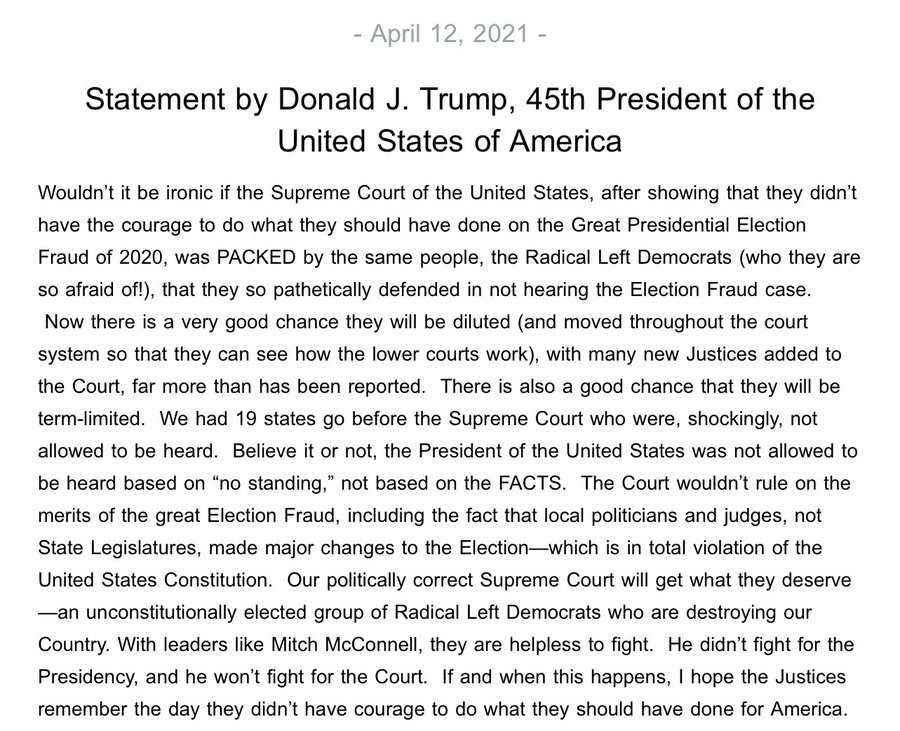