Team Obama's illegal spying: How political surveillance was conducted over a period of approximately four to six years.

The Obama Use of FISA-702 as a Domestic Political Surveillance Program….

Now that we have significant research files on the 2015 and 2016 political surveillance program; which includes the trail evident within the Weissmann/Mueller report; in combination with the Obama-era DOJ “secret research project” (their words, not mine); we are able to overlay the entire objective and gain a full understanding of how political surveillance was conducted over a period of approximately four to six years.

Working with a timeline, but also referencing origination material in 2015/2016 – CTH hopes to show how the program operated.  This explains an evolution from The IRS Files in 2010 to the FISA Files in 2016.

We start by reviewing the established record from the 99-page FISC opinion rendered by Presiding Judge Rosemary Collyer on April 26th, 2017; and explain the details within the FISC opinion.

I would strongly urge everyone to read the FISC report (full pdf below) because Judge Collyer outlines how the DOJ, which includes the FBI, had an “institutional lack of candor” in responses to the FISA court.

In essence, they were continually lying to the court about their activity, and the rate of fourth amendment violations for illegal searches and seizures of U.S. persons’ private information for multiple years.

END_OF_DOCUMENT_TOKEN_TO_BE_REPLACED 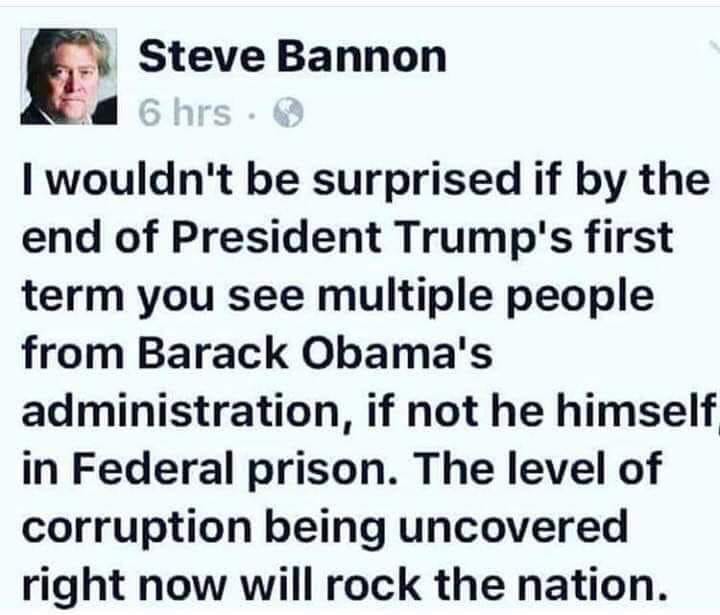