Out in the West Texas town of El Paso .. an American President

He was winding toward the conclusion of his remarks when he began to speak of those things distinctly American, those things that bind together citizens across this country as well as the thousands who flooded into the building to hear Trump speak. He said, “We believe in religious liberty, the right to free speech, and the right to keep and bear arms.”

After a few more comments and massive applause, Trump narrowed his comments to the love of freedom exemplified by the state of Texas in particular

“This is the state where a small band of patriots, at the Battle of Gonzales, armed with a single cannon, stared down a foreign, powerful army and declared, ‘Come and Take It.'

He looked around during roaring applause and said again, “Come and Take It.” 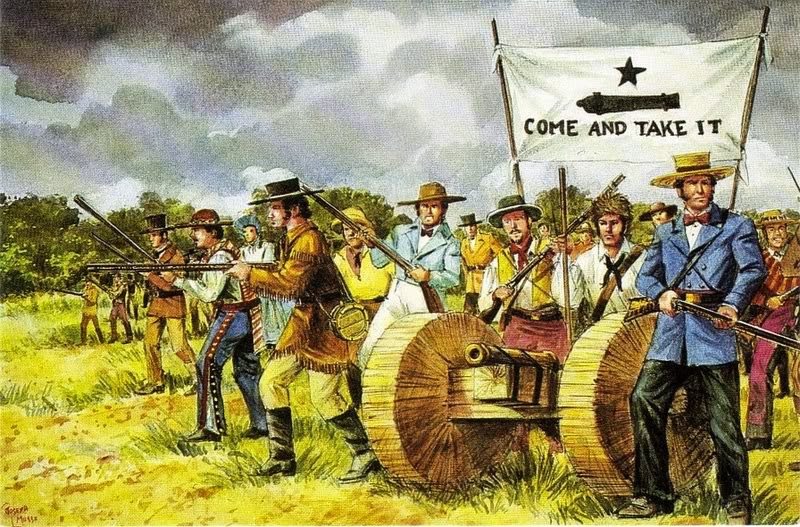 On May 4, 2018, President Trump referenced the Battle of Gonzales during his speech to the NRA Annual Meeting.

In 1835 soldiers from General Santa Anna’s army marched into the little Texas town of Gonzales and ordered those Texans to surrender their small cannon that they relied on to protect their lives and protect their homes. The Texans refused! They were not about to give up their only means of self-defense.

In response, Santa Anna’s army returned with a large group of additional people. They had men all over the place … [but] this time they were met by dozens of Texans … who had rushed to Gonzales to defend their rights and their freedom. As Santa Anna’s men watched from a distance those brave Texans raised a flag for all to see. On the banner they painted a cannon along with four words that echoed through the ages. It said, “Come and Take It.”