Nationally, Republicans are warring not just with Democrats, but themselves.

For a local example, look no further than the homepage of the Volusia County Republican Executive Committee website, showing photos of the 35 GOP House members who voted with Democrats to create a commission examining the events of Jan. 6. The pictures are beneath a headline that starts: “Throw them out.”

SEE: Throw Them Out -- 35 House Republicans who voted to support Nancy Pelosi

All clubs must go through a re-certification process every two years. As part of that process, the clubs must obtain the signatures of the Volusia Republican Executive Committee, comprised of Deering, Committeeman Vic Baker and Committeewoman Debbie Phillips. The clubs must agree to follow all federal and state laws as well as the rules of the Republican Party of Florida and the Volusia County REC. 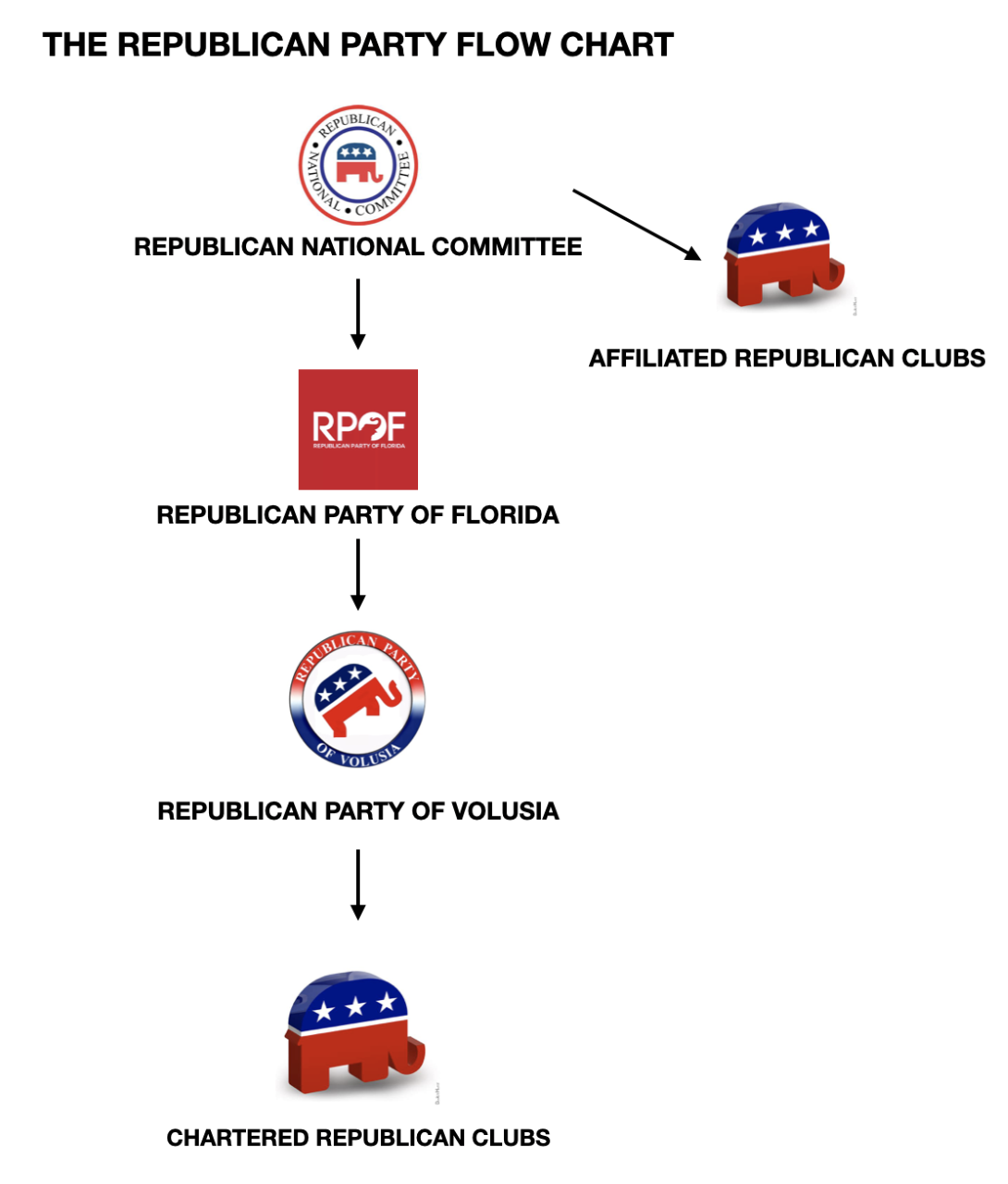 Deering said problems during last year's election — specifically, clubs and club members endorsing some Republicans over others during the primary — led him to ask the clubs to abide by a set of additional regulations. The Daytona, Ormond and West Volusia clubs refused. None of the club presidents returned calls Friday seeking comment.

Deering said he offered to speak directly to each of the clubs about the necessity of the added regulations. “In this case, only one of the clubs allowed me to speak for three minutes to balance the 35 minutes of their presentation,” he said. “They had a predisposition to go that way. We wish them well. They believe the grass is greener, and that's perfectly OK.”

Deering said none of the national political turmoil within the GOP — differences of opinion on whether or not to support a Jan. 6 commission, Rep. Liz Cheney's leadership position and the belief that former President Donald Trump was cheated out of a second term — were factors in the split between the REC and the local clubs. “Most of us believe the election was stolen, and that will come out in time.”