"In the Case of Trump vs. Roberts, the President Prevails"

"The judges on the Ninth Circuit and in other jurisdictions who spin spurious theories to deny the president the authority clearly given by legislation and the Constitution—authority that other presidents have exercised without comment or rebuke—are misguided and should be corrected." 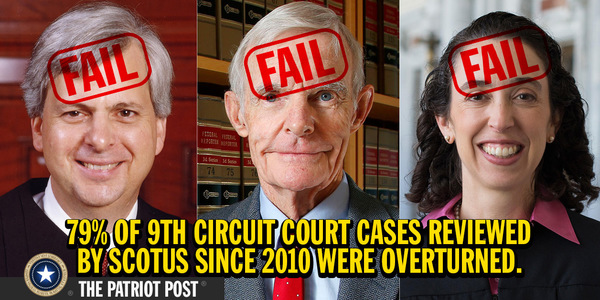 Who gets it right, President Donald Trump or Chief Justice John Roberts? The president earlier this week attacked “Obama judges,” whom he believes are erroneously interpreting the law and the Constitution to frustrate his administration’s policy initiatives. The chief justice told the Associated Press on Wednesday there is no such partisan thing.

The chief justice, like his great predecessor John Marshall, wants his court to be above politics. Perhaps Roberts believes that in rebutting the president’s attack on judges who are using politics rather than the law to make decisions, he will protect the judiciary from the charge that it is partisan, and thus help to preserve the noble American ideal that ours is a government of laws, not men.

But it is the president, not the chief justice, who is most faithful to our tradition in this case. For judges to make law, to depart from precedent and from original understanding—in other words, to ignore the strictures of the Constitution and our statutes—is to deprive us of self-government.

By Stephen B. Presser

Stephen B. Presser is the Raoul Berger Professor of Legal History Emeritus at Northwestern University’s Pritzker School of Law, and the author of “Law Professors: Three Centuries of Shaping American Law”
.

Read it all @ LIBERAL JUDGES