Mueller Report: NO collusion NO obstruction 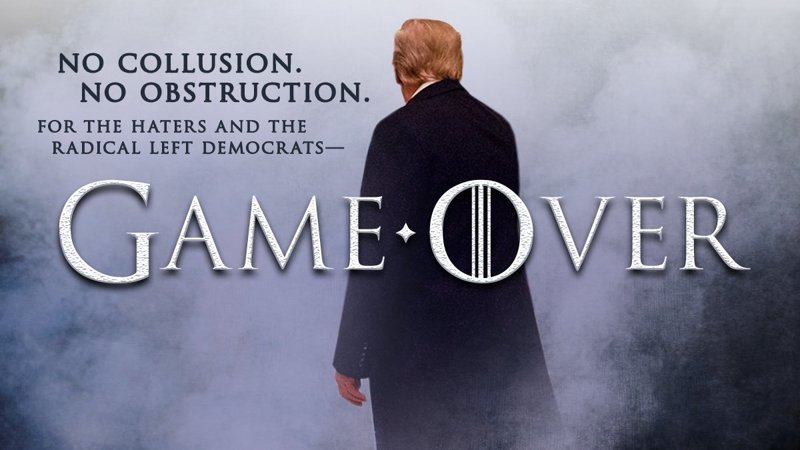 “As partisan Democrats and the liberal media hyperventilate over Attorney General William Barr’s release of Special Counsel Robert Mueller’s report Thursday, they’re willfully ignoring the fact that they already know what the report concludes: Two years and $35 million was spent investigating a lie.

The report finally puts to bed the main allegation that the left has been consumed with for nearly three years. Much to their chagrin, the lie that they pushed for the entire Trump presidency has been completely dismissed by Mueller.”