SOTU Address set for Feb.5 - Will Justice Ginsburg be in attendance? 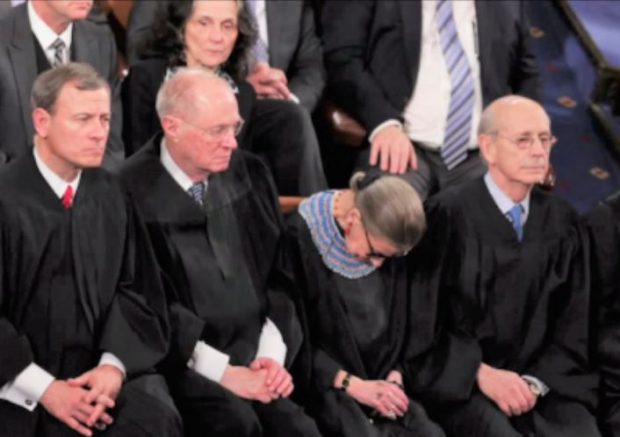 It has been 54 days since the public laid eyes on the 85-year-old Supreme Court justice Ruth Bader Ginsburg, and her absence is prompting calls for proof of life.  The last time she was seen was on December 6, 2018, when she heard arguments in person at the Court. Since then, she underwent surgery on December 21 of last year after two cancerous growths from her left lung were discovered and removed.

The reason her absence is so monumental is that if her health has compromised her ability to do her job as a member of the highest court in the United States, her removal will give President Trump his third justice nomination of his first term.  This would be an apocalypse to the liberal Democrats, who would be faced with the most conservative Supreme Court in modern history for decades to come.