The Wall is Coming

President Trump is considering declaring a national emergency to redirect funds from the Department of Defense and elsewhere to fund the border wall, according to ABC News. 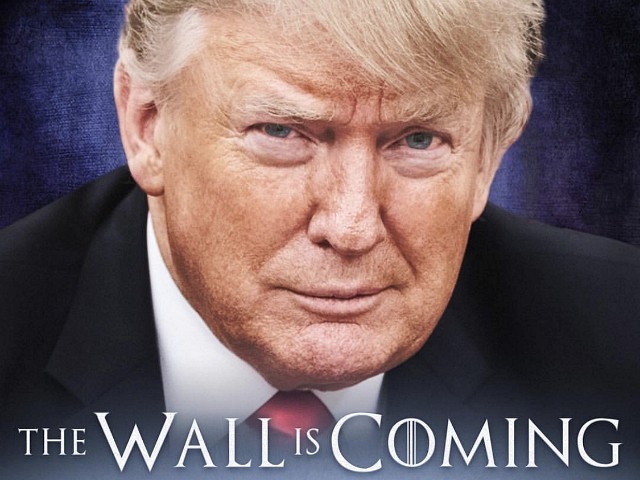 From all appearances President Trump is not backing down from his demand for border security that includes a border wall physical barrier.  And while Democrats thought they had him painted into a zero-sum corner, well, there’s every indication the White House is prepared to let the partial government shutdown go on for months if needed.

It looks like President Trump tasked Chairman Kevin Hassett, of the White House Council of Economic Advisors (CEA), to run the numbers on how the prolonged government shut-down might have an impact on the economy.

Hassett’s rough estimate, calculated from the withdrawal of income from the furloughed federal employees, is around 1/10th of one percent per pay cycle (every two weeks) in GDP impact.  Little to no actual economic effect.

Simultaneously, all of the economic adversaries, like China, are watching this and realizing that President Trump doesn’t bluff.  As they are engaged with representatives from the U.S. delegations they carry the concern that President Trump’s team is not afraid to embrace any political confrontation in their determination to achieve victory.

by sundance - Read it all @ The Shutdown