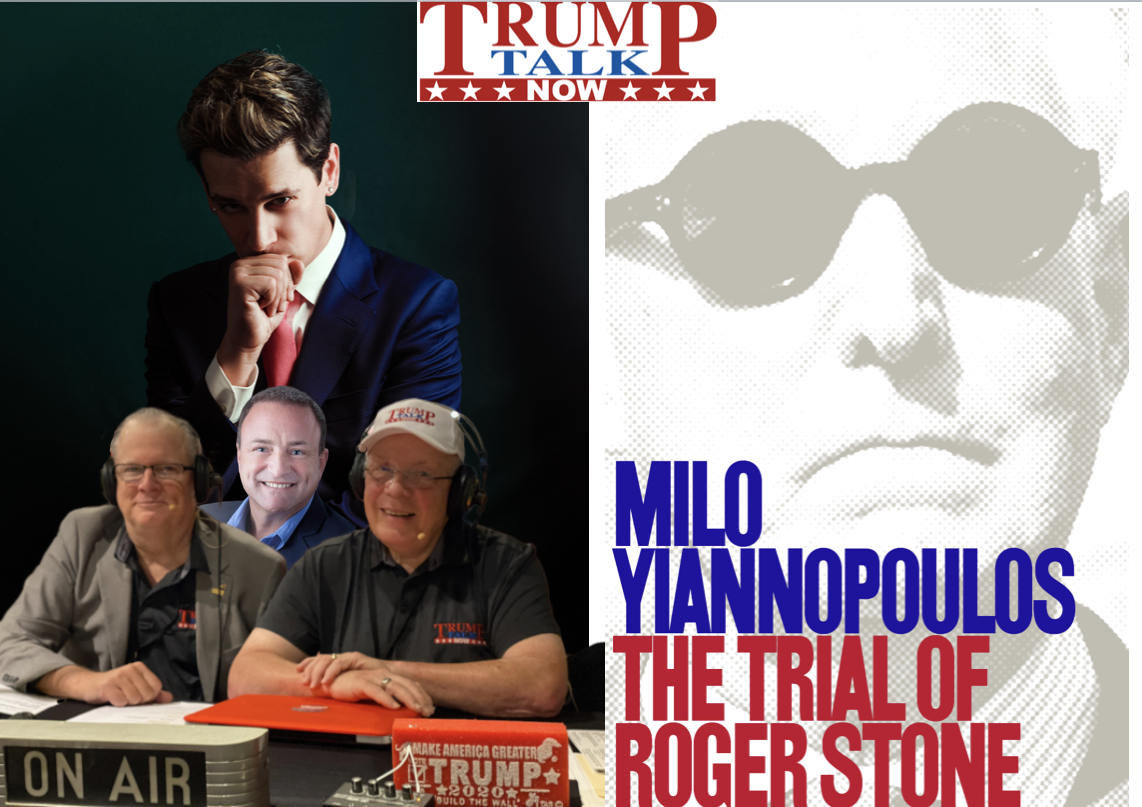 CONSERVATIVE JOURNALIST AND AUTHOR OF THE TRIAL OF ROGER STONE

Milo Yiannopoulos is an award-winning journalist, a New York Times-bestselling author, an international political celebrity, a free-speech martyr, a comedian, an accomplished entrepreneur, a hair icon, a penitent and, to the annoyance of his many enemies, an exceedingly happy person. He is the most censored, most lied-about man in the world, banned from stepping foot on entire continents for his unapologetic commitment to free expression. But he is also, somehow, one of the most sought-after speakers anywhere, invited by foreign governments, wealthy individuals and even the occasional courageous private company to share his unique blend of laughter and war. Milo lurches from improbable triumph to improbable triumph, loathed by establishment Left and Right alike. His first book, Dangerous, sold over 200,000 copies, despite never being reviewed in any major publication. Milo lives in New Jersey with his husband, John.