The corrupt and mediocre heroes of the Left are imploding. 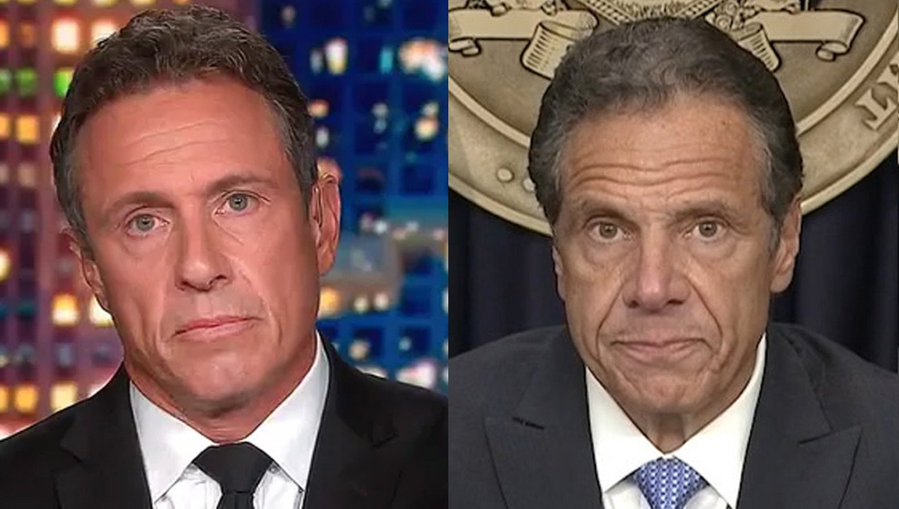 These were the media darlings who hammed it up on television—as thousands of New Yorkers unnecessarily died in long-term care facilities due to Governor Andrew Cuomo’s decision to redirect COVID-19 patients to share facilities with the elderly and infirm. Andrew Cuomo was finally forced to resign from his governorship and is now persona non grata among the once adoring Left. His brother Chris Cuomo should have been dismissed from CNN long ago. He lied on air, in denying his role as a journalist-cum-political advisor, in devising ways to use his media arrogance and contacts to save his brother’s hide.

Both shared a conviction that as leftists they enjoyed nine lives of corruption and deceit—until they ran out.

The Harris Who Never Was

So far, Kamala Harris is known as our “border czar,” who ostensibly oversaw nearly 2 million illegal aliens streaming across an open border, neither vaccinated nor tested at a time of a surging pandemic. She was originally politicized by mentor, paramour, and aging Willie Brown. He jump-started his then young girlfriend by putting her on a number of well-compensated state boards. She kicked off her run for president at an Oakland rally in January 2019 to media accolades. After blowing through millions in campaign funds, Harris dropped out of the presidential race without winning a single delegate.

Biden’s staff leaks that Harris is a bully and a nasty incompetent; her staff counter-leaks that he is a doddering old fool descending into overt senility. Both are correct.

From the moment details emerged surrounding Jussie Smollett’s hate-crime hoax, any sane, non-woke person could have recognized he was more than just a pathological liar. Smollett was also a conniving, mean-spirited egoist. He was intent on rescuing his fading acting career by libeling the Chicago police, smearing white Trump supporters as violent racists, and self-servingly advancing the lie of a purported hate crime epidemic against blacks. To believe Jussie, as so many of the liberal establishment were eager to do, one had to believe from the get-go the utterly unbelievable.

No matter. Would-be candidate Joe Biden immediately leveraged Smollett to virtue signal his racial bona fides. Kamala Harris claimed it was a modern “lynching.” Everyone from Nancy Pelosi to the CNN/MSNBC crowd treated us to performance-art demonstrations of their outrage. No one has apologized.

For over two years, Adam Schiff appeared on television and at press conferences to confirm that Donald Trump was guilty of Russian collusion. The script was always the same. He produced no evidence, no data, no credible witnesses. Instead, Schiff grimaced in mock outrage, and began his ritual accusations, given the secret sources he had supposedly seen.

As the Mueller probe collapsed into fantasy—as the FBI Washington hierarchy was insidiously discredited between felony convictions, firings, and resignations, fake FISA warrants, and James Comey’s 245 instances of amnesia under oath; and as Inspector General Michael Horowitz’s report damned the very sources Schiff once quoted—Schiff always pivoted to the next “bombshell” that only his committee possessed, but of course could not be made public.

The Biden candidacy was one of the most cynical in American history. The unhinged far-Left adopted a befuddled Biden as the respectable veneer necessary to see their hard-core, but stealth socialist agenda finally enacted. Key to a virtual presidency would be virtual voting, as 102 million mail-in and early votes were never subject to the previous standards of authentication and statistical rejection rates of the past—rendering Election Day voting mostly a memory.

Single-handedly the Biden puppeteers have managed to restore the Trump record of achievement simply by doing the opposite of what Trump did, thereby ensuring their own failure and reminding voters of what once was working.

Other fallen heroes of the Left

Robert Mueller and his dream team that would rid the world of Trump, and the quartet of John Brennan, James Clapper, James Comey, and Andrew McCabe. They, by their dishonesty, prevarications, and careerism have almost single-handedly tarnished the reputations of the Washington-based intelligence and investigatory agencies. Yet now, the Left has no more need of them. They are already fading from the public awareness.

Victor Davis Hanson is a distinguished fellow of the Center for American Greatness and Senior Fellow at Stanford University’s Hoover Institution. He is an American military historian, columnist, former classics professor.