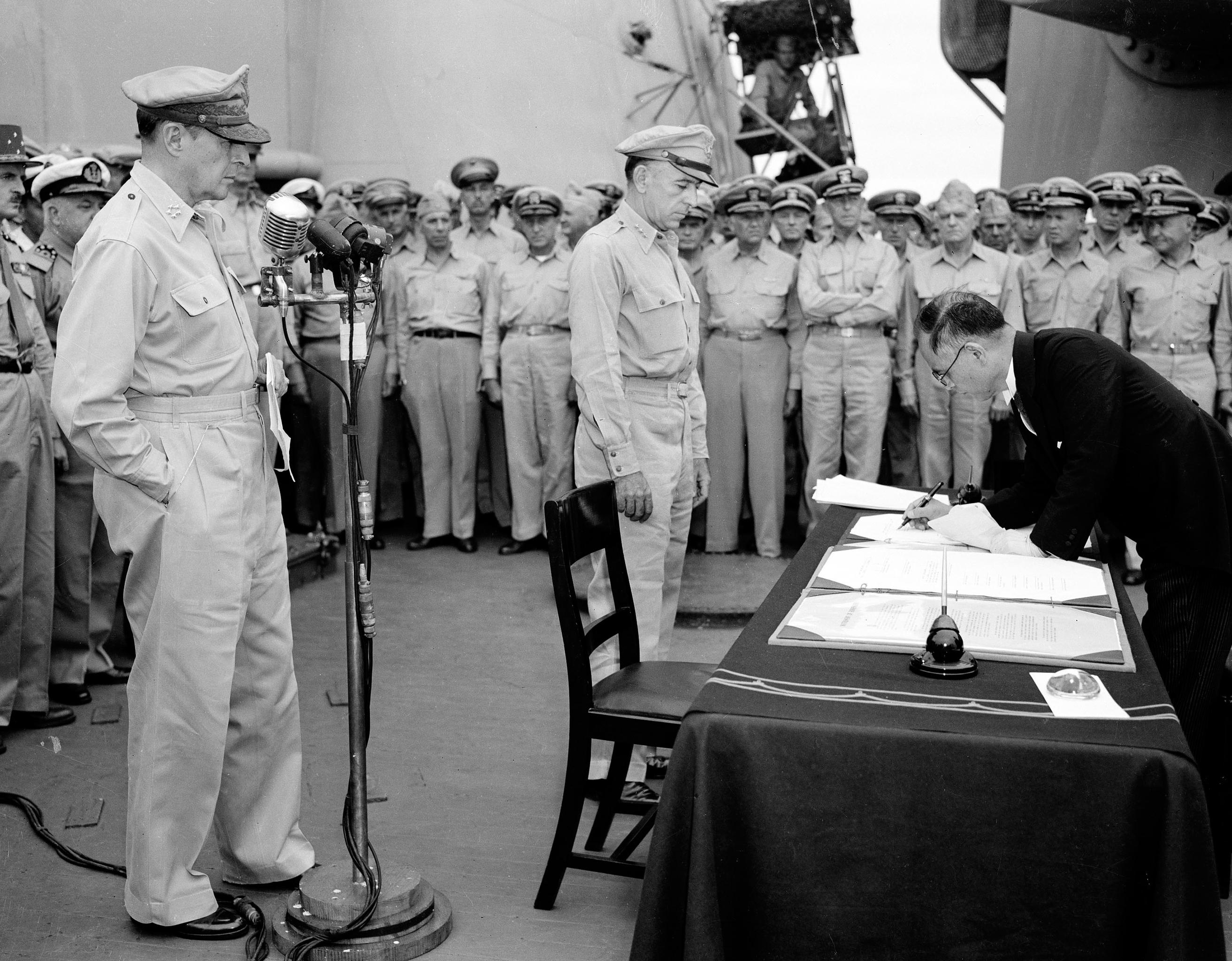 "Men since the beginning of time have sought peace. Various methods through the ages have been attempted to devise an international process to prevent or settle disputes between nations. From the very start, workable methods were found insofar as individual citizens were concerned, but the mechanics of an instrumentality of larger international scope have never been successful. Military alliances, balances of power, leagues of nations, all in turn failed, leaving the only path to be by way of the crucible of war. The utter destructiveness of war now blots out this alternative.

We have had our last chance. If we do not now devise some greater and more equitable system, Armageddon will be at our door."

General of the Army Douglas MacArthur