Rep. Mike Waltz is blasting NBC for refusing to broadcast an ad critical of China during the 2022 Winter Olympic games in Beijing. “NBC refused to air my Olympics ad with @EnesFreedom unless we censor U.S. corporate logos of the Genocide Games sponsors,” Waltz tweeted, sharing the 30-second ad-footage. "We won’t let them silence us. Here’s the ad that NBC and the Chinese Communist Party doesn’t want you to see." 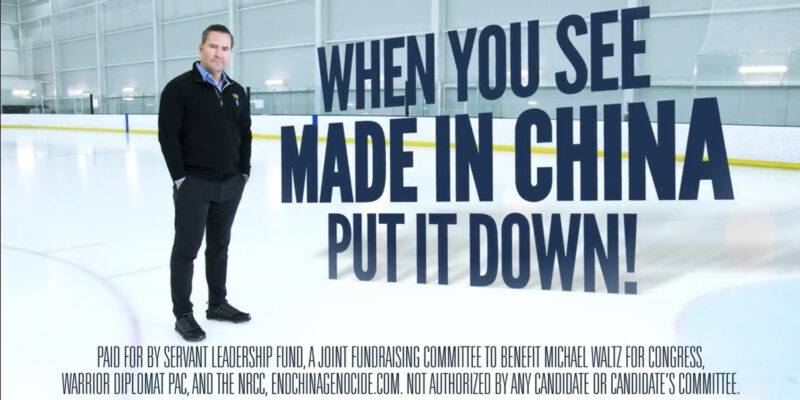 In the ad, Waltz calls out the Chinese government for its genocide and slave labor. It also shows several U.S. corporations and logo, including Visa, Coca-Cola, Procter & Gamble, Nike, Intel, and AirBnB that he said "are drunk on Chinese dollars" profiting by entangling themselves "with Communist dictators." The six companies shown in the ad are part of the Olympic Partner Programme, and considered the "the highest level of Olympic sponsorship" by the International Olympic Committee.

“The world’s greatest athletic showcase, but just outside the show: rape, genocide, slave labor,” Waltz said in the ad. “American companies are drunk on Chinese dollars, entangled with communist dictators committing atrocities and propping up these genocide games staged by the Chinese Communist Party.”