TALLAHASSEE - The Florida House has approved HB 1, the controversial legislation seeking to increase penalties for crimes committed during a riot. Roughly five hours of debate brought cries for law and order and racial justice.

“Brothers and sisters, you’ve got to use your intelligence a lot better. It’s time to stop this constant refrain of about racism. It’s crazy. We’re all God’s children. There’s one race, it’s called the human race.” 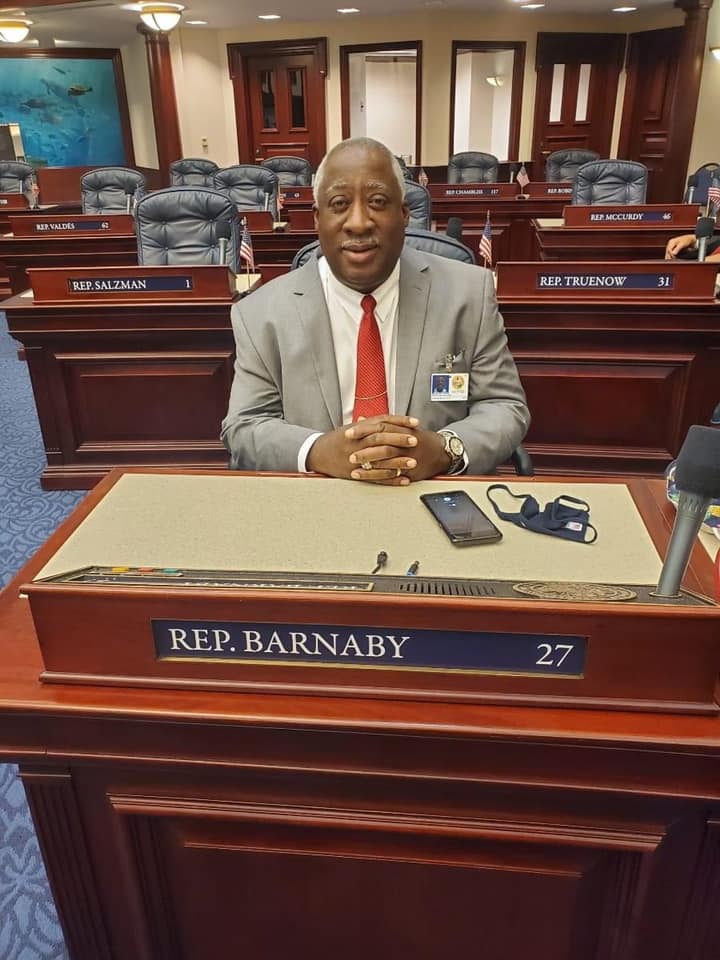 “We are not going to permit localities to defund the police."

WINTER HAVEN, Fla. - Florida's governor, surrounded by sheriffs, police chiefs and state legislative leaders, announced a new bill that will increase penalties against protesters involved in looting and violence. The proposal will also cut state funding to cities that "defund the police."

The bill will be introduced in the next legislative session and will push felony charges against violent protesters, including against those who block roadways.

"I look at what goes on in Portland. They'll have people, they'll arrest them," Governor Ron DeSantis said during Monday's press conference. "They're all scraggly-looking ANTIFA-types. They get their mugshot taken, then they get released. It's like a carousel; on and on it goes."

"That's not going to happen in here in Florida," he added.

The proposal also includes a ban on violent or disorderly assembling where property damage or injuries to other people occur. A violation can lead to a third-degree felony.

A provision in the bill would go after local governments who appear to be focusing on cuts to police departments, and in turn, will cut state funding to those municipalities. However, DeSantis said if it appears to be a normal budget cut, then the local government won't lose state funding.

Blocking streets, or obstructing traffic during an unpermitted protest would become a third-degree felony under the bill. Drivers would not be liable for injury or death if they are fleeing for safety, the governor explained.

"It's absolutely hazardous," DeSantis said. "I think this has been a really sad chapter in American history. You didn't see the type of disorder in the state of Florida that you saw in the rest of the country. But I think we have to do more."

Under the proposal, there will be a mandatory minimum jail sentence of six months for striking a law enforcement officer.

DeSantis said he is unsure how much the bill will cost.

The difference between peaceful and non-peaceful protests, by Grady Judd

When Governor Ron DeSantis introduced a sweeping legislative bill that would target violent protests and 'defund police' movements, Sheriff Grady Judd voiced his support and wanted to remind the public of the difference between a riot and a peaceful assembly.

If the proposal passes, those convicted of participating in a violent of disorderly assembly will be ineligible for state benefits. The individual will also not be eligible for state or local government employment.

The governor did not make any reference to the systemic racism and discriminatory use-of-force policies by police forces that have been alleged by Black Lives Matter protesters.

The American Civil Liberties Union said the bill could unfairly ensnare those not participating in violence.

They said it mostly covers things that are already against the law, and that banning bail until first appearance those arrested at a protest is unconstitutional.

"What this is doing is criminalizing and scaring protestors," said Jackie Azis, a staff attorney at the ACLU. "We value and we cherish our right to dissent and our right to protest. What Governor DeSantis is doing here is an effort to further silence Floridians."

The "Combatting Violence, Disorder and Looting and Law Enforcement Protection Act" is outlined below: