Since 2014, Washington has provided more than $100 million to help Mexico with immigration control, including equipment and training, according to a Congressional Research Service report. The U.S. has allocated millions more in asylum and refugee assistance for Mexico.

MEXICO CITY (AP) — Under threat of crippling U.S. tariffs, Mexico said Friday it had reduced the flow of migrants arriving at its northern border by 56% in three months. 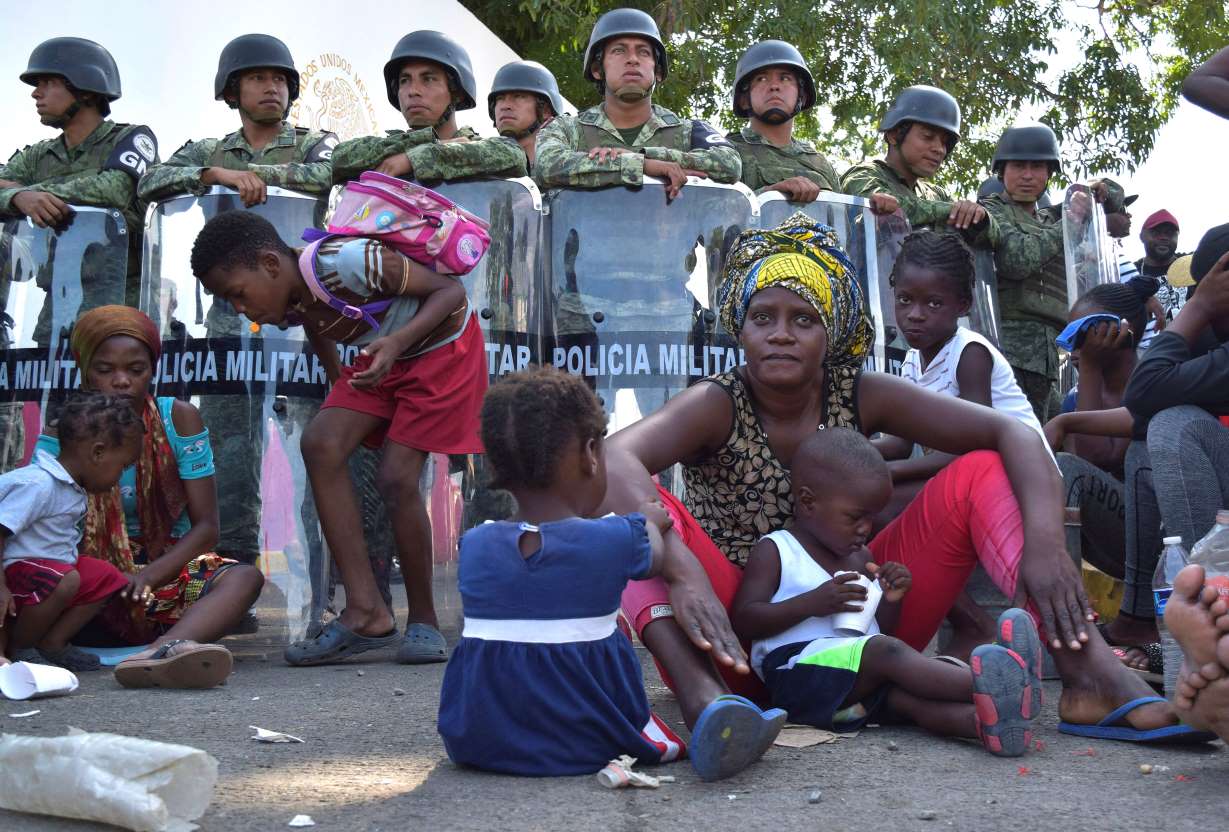 In recent weeks, he has seldom mentioned the U.S. pressure and depicts the crackdown on migrants as a struggle to defend Mexican laws. His administration has taken a tough line against hundreds of African migrants waiting in the southern city of Tapachula for transit visas that Mexico no longer hands out.

“We will not budge,” he said after the Africans protested, “because the recent events in Tapachula aim to make Mexico yield and oblige us to give out certificates so migrants can get into the United States. We cannot do that. It isn’t our job.”

He said migrant caravans once tolerated by Mexico were the work of human traffickers, and effectively ended them.

“All of these people who traffic with migrants’ needs for jobs, safety and welfare, they are committing a crime and they will be punished,” López Obrador said last week. “We are already doing this in Mexico, without violating human rights. We are ensuring there isn’t anarchy, disorder.”

"I am thankful every day that we have a businessman in the White House who brilliantly understands how to leverage U.S. economic power to achieve national security objectives." Posted on September 6, 2019 by sundance