"Like the President himself, most folks went along with the initial closures and restrictions"

"But when Democrat governors and mayors suspend religious freedom, prohibit the sale of things like hardware and seeds and arrest people for surfing or fishing hundreds of yards from anyone, while at the same time insisting that abortion clinics, lottery and cigarettes are necessary, as well as emptying the jails, then the collective BS Detector of the citizenry just pinned into the red zone." 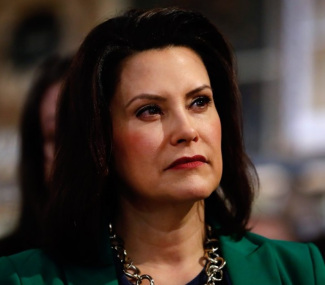 Monday, and another grim milestone of yet another day and week of America held hostage. Whether you are of the belief as I am that the unprecedented locking down of the citizenry and concomitant strangulation of the entire economy was a wild overreaction or not, there is growing discontent among said citizenry and calls for a lifting of the siege.

Despite the lack of reliable information and massive disinformation coming from the source of the Peking Pulmonary Pox, and the ginning up of fear by the Democrat-Media Complex to keep people cowering in their homes, the numbers just don't add up to the Andromeda Strain Black Death this is being sold as.

From the original computer model estimates that are revised downward by orders of magnitude on a daily basis, to healthcare workers and hospitals sitting around idle waiting for waves of mass casualties that have yet to materialize to the juicing of the stats by politicians and the pseudo-scientists in service to them to list death with Chinese Coronavirus as death from Chinese Coronavirus, this entire thing stinks on ice. And people know it. 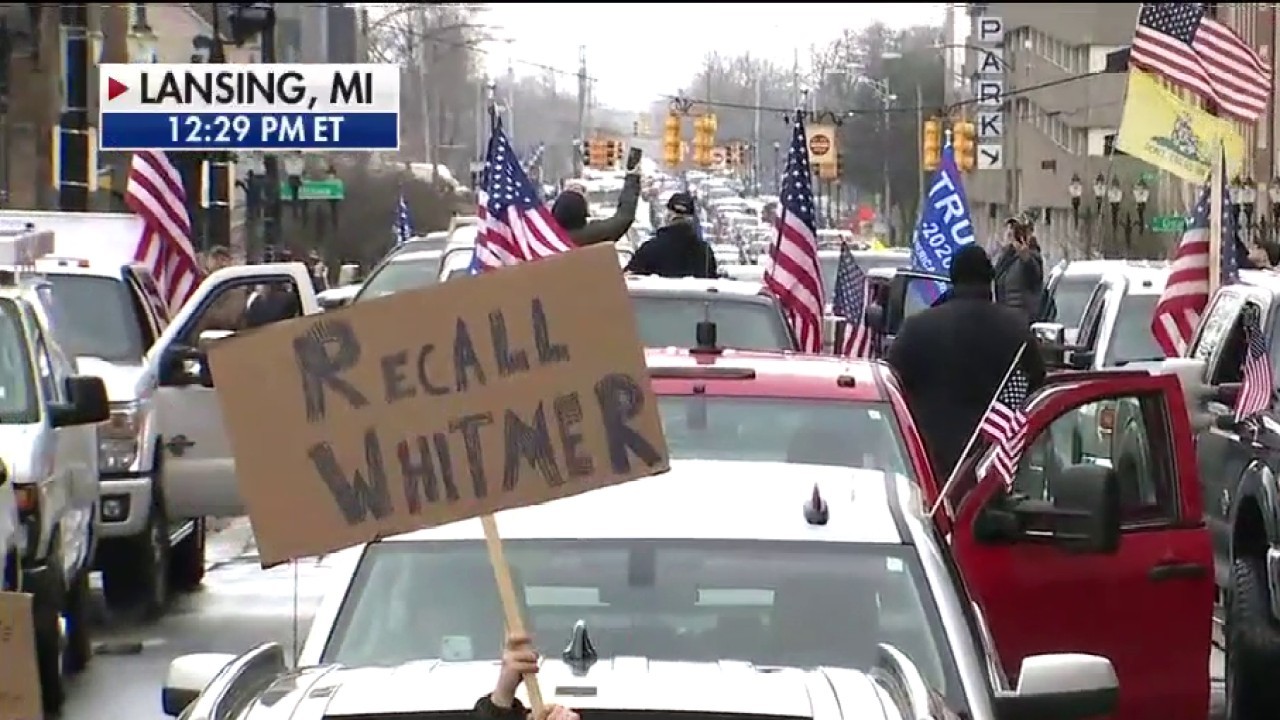 This is why you are seeing the protesters who defy the loathsome dictatorial pronouncements of scum like Gretchen Whitmer being smeared by the Democrat-Media Complex. President Trump has nothing but praise for people who, rather than helplessly watch as their lives and futures are destroyed, rise up in protest.

Career politicians, both in Washington and around the world, have one instinct during an emergency: to grab power. It’s rarely temporary, and it often has little to do with the situation at hand. Instead, politicians create more agencies and more red tape, claiming that Bigger Government will prevent the next great threat.

President Trump’s response is unprecedented for another reason, too—one that most Americans won’t see covered in the news. “Throughout history, national emergencies have led to a more powerful and centralized federal government,” Hudson Institute Distinguished Fellow Christopher DeMuth writes in The Wall Street Journal.

Until now. “For the first time in U.S. history, an administration is responding to a crisis with deregulation and decentralization”

I find it funny, as in nauseating in the extreme that Jay Inslee, the dolt crackpot governor of Washington State who calls Trump's support for the protests as inciting "insubordination" and "illegal activity" when he and his cohorts had nothing but praise for waves of Central American border jumpers along with the Antifa terrorist thugs and BLM rioters. No, those were shining examples of the First Amendment by stellar examples of humanity.

As for what they regard as the masses of untermenschen inhabiting a vast wasteland between the Acela Corridor and Napa Valley, they have nothing but rabid contempt and hatred. Then again, the People's Republic of New Jersey is itself experiencing uppity behavior in the suburban NYC community of Elizabeth, where a woman has been charged with plotting to violate Phil Murphy's stay-at-home order. Yeah, that's Nuremberg-level criminality. No, not the woman and the post-war trials but Murphy and the pre-war rallies.

Here's the kicker; Jersey, along with about 20 other states, are actually deploying surveillance drones made in Communist China (by slave labor, no doubt) to enforce the mass imprisonments. Of course, Bill De Bolshevik likes doing things the old fashioned Stasi way by encouraging New Yorkers to snitch on any miscreant who dares defy the social distancing edict.

...This pandemic has laid bare the intentions of our self-appointed betters in Washington, the media, and beyond. They have shown no desire for national unity, pushing policies to empower only themselves. They manipulate people's worst fears, knowing that's the surest way to get them to lay down their liberties.

We should be able to see a God-complex at work in all this control-freak behavior, and we should not fear calling out that behavior for what it is. If this seems over-the-top to American readers, that's because we aren't used to living under totalitarian rule.

Consider that the 1.4 billion people of communist China are at the mercy of this mindset every day, an atheistic mentality hostile to religion and intent on destroying churches and any assembly that does not put the state first. People intent on playing god do not want to compete with the one living God as they try to control the lives of others.

That mindset brought on the miseries of human history. Our founders recognized it because they saw that failing in human nature, and therefore in themselves. There was a time when Americans were taught that the central purpose of the Constitution was to keep that impulse in check so we could have individual liberties. When we refuse to see the urge in ourselves, we are far less able to keep it in check.

We should call out this mindset wherever we see it, and that means questioning the motives of anyone who continuously pushes for policies that undermine individual liberties and build a mass state with a tiny elite controlling us all. No more should Americans simply attribute the totalitarian impulse to good intentions gone astray - certainly not while our economy is on its knees and the nation has undergone the trauma of the media's fear-mongering. The stakes are just too high.

This situation is intolerable. It cannot go on. It must not go on. It's getting to the point where it must not be allowed to go on. Infer from that what you will. That said, my fear is that we have crossed a Rubicon, insofar as the Left now sees how easy it is to grab total control. Had any other Republican from the 2016 field been President, I think this would have been lights out for America. That said, Trump will not be President forever, despite the Left's insane fever dreams to the contrary. This situation, though it may not seem so right now, still is only temporary and we'll come out of it. But long term, unless the Democrat-Media Complex, the unelected, unaccountable Deep State bureaucracy and the brainwashing mills of academia are somehow brought to heel, we are not going to be voting our way out of the inevitable showdown.

That said, maybe there is some hope that those who are either completely blinkered or kneejerk Democrat-Leftist have had their eyes opened with this. Anecdotally, my aunt, who in her professional life was a biochemist at Mt. Sinai Hospital, who loves Trump and hates the Left, still had trepidations about the danger of Chinese Lung AIDS. Perhaps it's because she's pushing 90 and even getting a bad cold would be a danger to her health. But she's a highly intelligent person of science. So my conversation with her yesterday did not fill me with strength and confidence, despite my efforts to lay out the mountain of evidence that this whole thing is most like a gigantic psychological warfare operation.

I hope that the incident in bluer-than-blue state New Jersey is the bellwether and not my aunt.