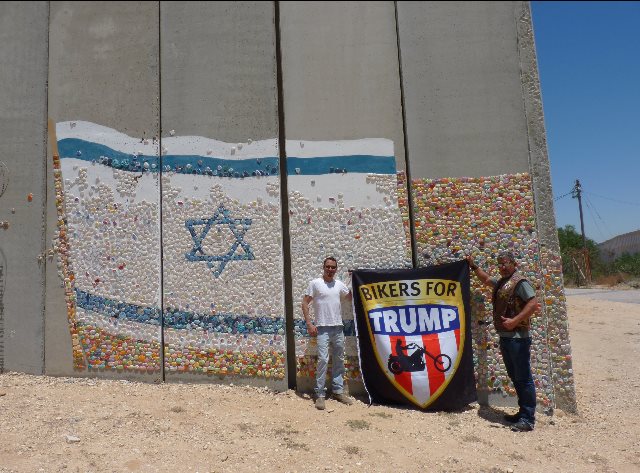 Bikers for Trump, a grassroots political organization that arranges trips to rallies in support of the president, celebrated the anniversary last week by taking a trip to Israel "to reinforce Trump's commitment to the Jewish people." The group posed by the new embassy and met with many thankful Israelis.

Bikers for Trump Founder Chris Cox explained why the group made the flight.

“I went to Israel to reinforce President Trump’s commitment to Israel and celebrate the one year anniversary of the opening of the U.S. Embassy in Jerusalem," Cox explained. "I learned very fast of Israel’s overwhelmingly support of Donald Trump. In my efforts to unite Israeli bikers to show support for our President should he return to Israel, I started the Israeli Bikers For Trump page. I issued a call to action, asking that Israeli people to call their friends and family in the U.S. and urged them to vote for leadership that supports Israel, to Jexit the Democratic Party and register Republican.”