BREXIT ... Trumpublicans have a great deal in common with Brexiteers.

Many Americans see just how ideologically corrupt politicians are within British government; and how much they have lied and conned the British people.

Similar to RINO (Never Trump) republicans forced to come out of the shadows against President Donald Trump, the never-Brexit British masks are dropping at an alarming rate.

The elitist Members of Parliament (MP) have passed a law requiring Prime Minister Boris Johnson to forever stay in the EU until an agreement for terms of exit are reached. However, the EU doesn’t want the U.K. to exit; so the consequence of the MP law is to ‘remain’ in the EU forever.  This elitist scheme has created a Gordian Knot; and the majority of the British people - those who voted to ‘leave’- are insufferably bound within it. 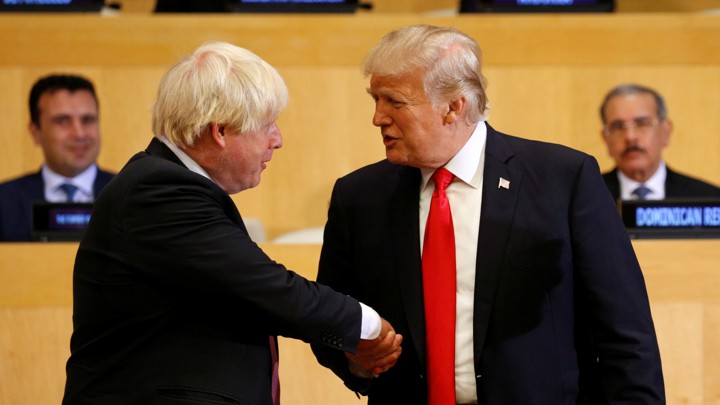 When it comes to the Trump global trade realignment, Prime Minister Boris Johnson is currently positioned to the EU as Japanese Prime Minister Shinzo Abe was to China. Click on image for MORE

The Gordian Knot of Brexit is based on a Parliamentary ruling class within the U.K. government who will not accept Great Britain leaving the European Union.

In one approach to cutting the knot Prime Minister Boris Johnson has requested a national vote for government leadership on October 15th.  With a scheduled round of talks with the EU set for October 17th, a Boris Johnson election victory would create the needed momentum toward a hard-brexit (no deal) on October 31st.  Britain would, finally, be free.

However, the MP ruling class, those who say they know better than the people they are supposed to serve, know such a popular vote would upend their schemes – and likely lead to many of their alliance being removed from office.  So the elites will not support a national election that would lead to their own defeat. [More knot building].

A second knot-cutting tactic implied by the Prime Minister, is to ignore the insufferable law –recently passed and pending signature– and proceed toward a ‘no-deal’ Brexit on October 31st. This approach could lead to the British Parliament being forced to vote against the Prime Minister (no confidence); and would set up a replacement election, which Boris Johnson wants anyway.

Actually, no-one is quite sure what will happen on this second knot-cutting avenue… no map available.