said that sustained damage to the economy and the lives of over 20 million recently unemployed Americans may not heal after implementing "draconian" measures.

Hume added that, to his knowledge, there is not "really powerful evidence" that the shutdown is "making any difference at all." 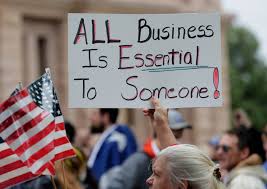 "So, the question then becomes, 'What to do about the draconian lockdown?  And, that is where I think people who are complaining have a real point ... these protesters have a just cause."

Appearing on "Fox News @ Night" with host Shannon Bream, Hume said that sustained damage to the economy and the lives of over 20 million recently unemployed Americans may not heal after implementing "draconian" measures.

"Plus, the effect on children who don't have their normal life. They don't have school. They can't play with their friends, even outdoors. All these things are accumulating," he continued. "They're not going to get better, Shannon. They're going to get worse with time. And, as I say, we may not recover from many of these losses for a very long time if ever." 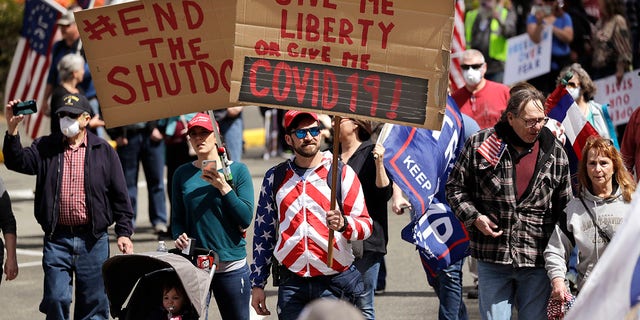 Hume added that, to his knowledge, there is not "really powerful evidence" apart from utter virus mitigation efforts that the shutdown is "making any difference at all."

"Nobody is talking about going back to exactly where we were," he explained. "What they're talking about is moving forward, ending the lockdown, allowing people to continue to take the measures of avoiding crowds, washing your hands a lot, social distancing wherever possible — you can do that in offices, you can stagger the way people come to work. Some people stay home some days. Some people come in. There's an awful lot that could be done. Wearing masks when indoors, particularly in stores and so on."

"Those things are all reasonable precautions and it seems to me we have the experience of suggesting that they work," Hume told Bream. 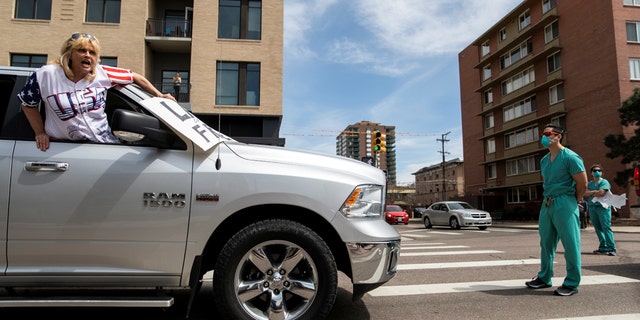 Photos taken Sunday purportedly show health care workers standing in the street in counterprotest of those who gathered at the Colorado State Capitol to demand the end of the state's coronavirus lockdown measures. (Reuters)

"So, the question then becomes, 'What to do about the draconian lockdown?'" he asked. "And, that is where I think people who are complaining have a real point. Although, you know, some of these protesters didn't do themselves any good by gathering together and not observing social distancing and, in many cases, not wearing masks. But, that aside: these protesters have a just cause."

His advice? Protect the absolute most vulnerable: the immunocompromised and the elderly, and follow the advice of recent models -- some of which have shown "this isn't turning out to be as bad as we thought" and some of which have warned America needs to continue to "hunker down" -- and not fall into the "great chasm of politics."

After a Trump-backed movement of protests in many states, governors have announced they would loosen restrictions in their states. Georgia Gov. Brian Kemp announced Monday that he would relax restrictions despite signs that the outbreak is just beginning to hit some parts of the country. Tennessee Gov. Bill Lee also told reporters on Monday that he was not extending his "safer-at-home" order after its April 30 expiration date and businesses in both Tennessee and Ohio will be allowed to reopen on May 1. Minnesotans can now go camping and fishing, Gov. Tim Walz ordered.

The decisions made by state legislators come as health workers are still begging the government for Personal Protective Equipment, ventilators, and test kits -- which are still extremely sparse -- and Maryland Gov. Larry Hogan, a Republican frustrated by the administration's "do it yourself" response, received 500,000 COVID-19 tests from South Korea this week.

While critics of full shutdowns argue the blow to the nation's economy is just as important as the devastating impact coronavirus has had on American families in every state and of every background, some states ravaged by the contagion, like New York, have seen a positive shift in hospitalization rates and deaths in the last few days because of the lockdown measures put in place.

There are currently over 780,000 confirmed cases in the United States and over 42,000 Americans have perished.