Incumbent Democrat Governor John Bel Edwards has been held under 50% and will face Republican businessman “Eddie” Rispone in a Nov. 16th run-off to decide the governors race.   Mission Accomplished.

The Boss Brings The Hot Sauce To Cajun Country

As he did Thursday night in Minnesota, President Trump came out swinging in Lake Charles, Louisiana on Friday.

“The Democrats’ policies are crazy, their politicians are corrupt, their candidates are terrible, and they know they can’t win on election day, so they’re pursuing an illegal, invalid, and unconstitutional bullsh*t impeachment.” 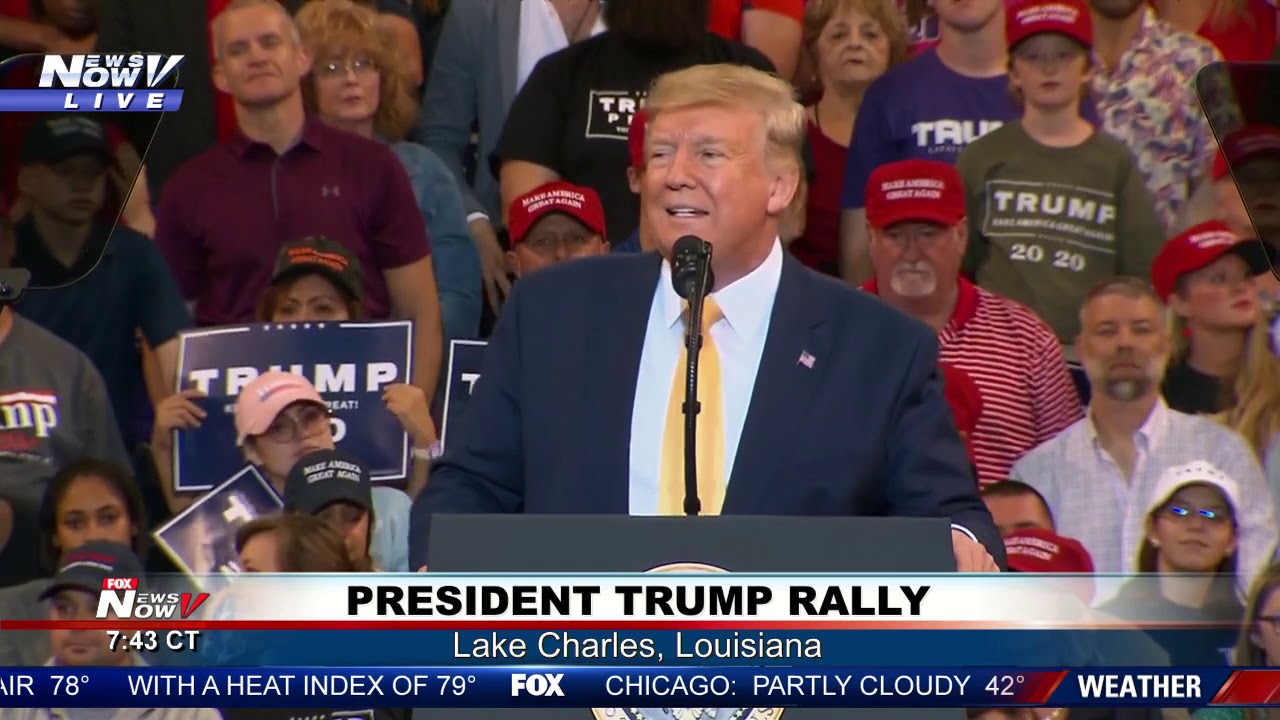 “All of our nation’s gains are put at risk by a rage-filled Democrat party that has gone completely insane. The Democrats are fighting to restore the wretched political class that… surrendered our sovereignty, flooded our cities with drugs and crimes and bogged us down in one foreign war after another.”