Border Emergency: Mexican government admits 80% of its populated territory is run by cartels

Several weeks ago, the Mexican investigative journal Contralínea posted a map of Mexico prepared by the government of President Andrés Manuel López Obrador, showing that 80 percent of the country’s 266 districts recently targeted for enforcement by the Mexican National Guard in a new counter-cartel operation are either controlled (57.5 percent) or disputed (23.3 percent) by the cartels. “Only 53 (19.92 percent) enjoy a low level of violence, which means that control is exercised by the authorities,” reported Contralínea on May 4, citing the data on the color-coded map. 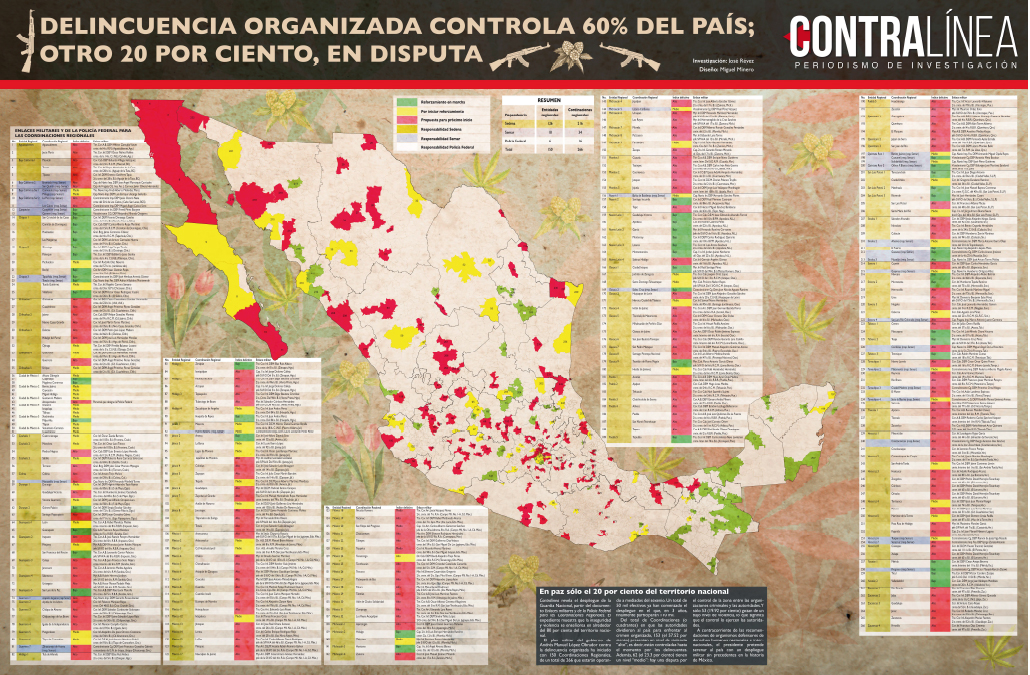 Thus, we now see from an internal document of the Mexican government an admission that Mexico has essentially lost control over every important populated area in Mexico outside Mexico City and a few others, and particularly the most sensitive areas of the U.S.-Mexican border.

Our government is fully aware of this dynamic. This map of control was sent out by a federal agency to Border Patrol in a daily intelligence briefing on May 9. CR has obtained a copy of this briefing from a Border Patrol agent who must remain anonymous because he is not authorized to speak to the press.

READ / LISTEN @ We Have an Afghanistan-Style Insurgency at Our Border