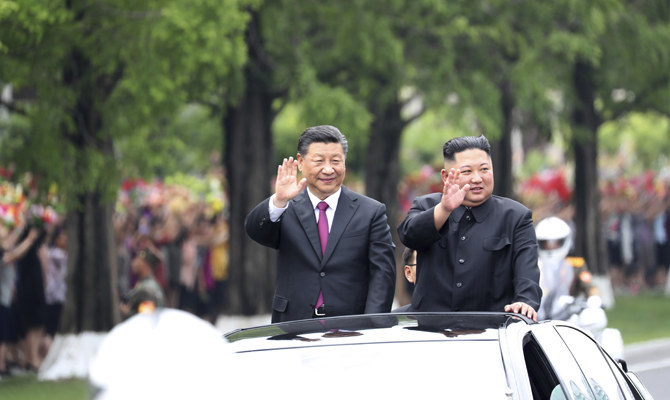 Chairman Kim may never be freed, but for U.S. interests the Nuclear threat is gone.

Chairman Xi now owns any actions taken by North Korea. The open engagement by Xi now transfers all DPRK behavior openly to Beijing.  North Korea is no more a nuclear threat than China.  Technically, this has always been the reality; however, now things are public. China cannot hide or deny their involvement.

Remember, generally speaking President trump held two connected objectives: (1) removing the threat posed by North Korea by severing the ability of Beijing to use the proxy province as a weapon; and (2) deconstructing the growing economic influence of China.

The first objective has been achieved.  President Trump can now go into full economic war against China without the worry of Beijing using Pyongyang to launch rockets.

Big Happenings: President Xi’s visit to NK (the first such visit by a Chines leader in 14 years) kicks off a flurry of high-level diplomatic activity around the Korean Peninsula ahead of the G20 summit in Japan later this month. 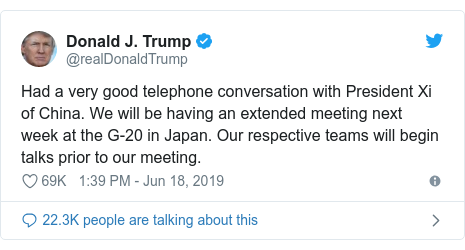 Long before media pundits starting noticing/considering how serious President Trump was about structurally resetting the entire landscape of a U.S-China trade relationship ... President Trump quietly and methodically laid the groundwork.

The November 2017 tour of Asia was President Trump traveling to meet directly, face-to-face, one-on-one with the manufacturing heavyweights of Southeast Asia

For two-and-a-half years U.S. President Trump has been working on two connected objectives: (1) removing the threat posed by North Korea by severing the ability of Beijing to use the proxy province as a weapon (Kim is hostage to China); and (2) deconstructing the growing economic influence of China. 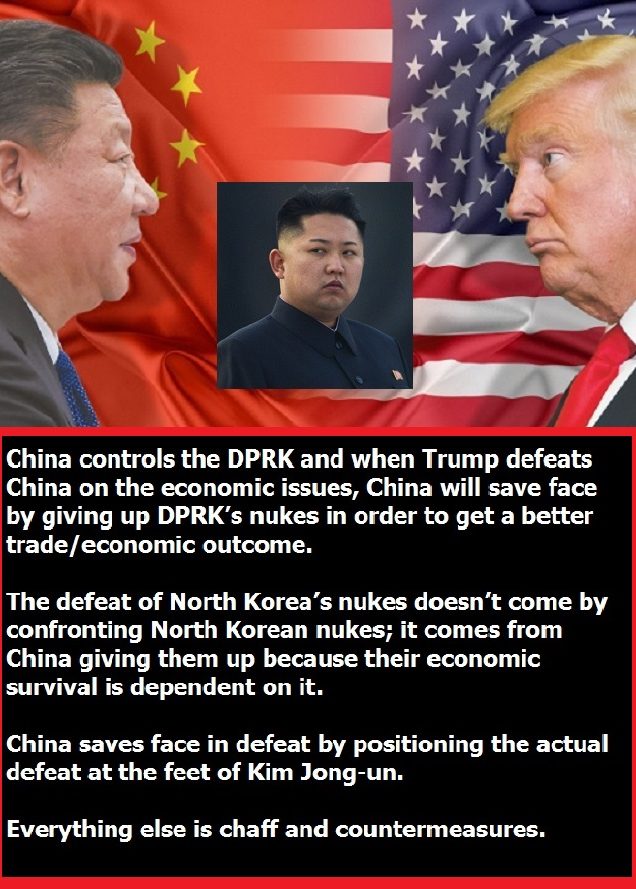 Additionally, President Trump has been openly, albeit with coded messages, telling the world North Korea was already no longer a threat.

(Reuters) – Apple Inc has asked its major suppliers to assess the cost implications of moving 15%-30% of their production capacity from China to Southeast Asia as it prepares for a restructuring of its supply chain, according to a Nikkei Asian Review report on Wednesday.

Apple’s request was a result of the extended Sino-U.S. trade dispute. The iPhone maker has decided the risks of depending heavily on manufacturing in China are too great and even rising, it said.

TOKYO— Nintendo Co. is shifting some production of its Switch videogame console to Southeast Asia from China to limit the impact of possible U.S. tariffs on Chinese-made electronics.

Japan’s Sharp Corp. , which is controlled by Foxconn, said last week that it planned to move production of personal computers to Taiwan or Vietnam.

Read it all @ CTH