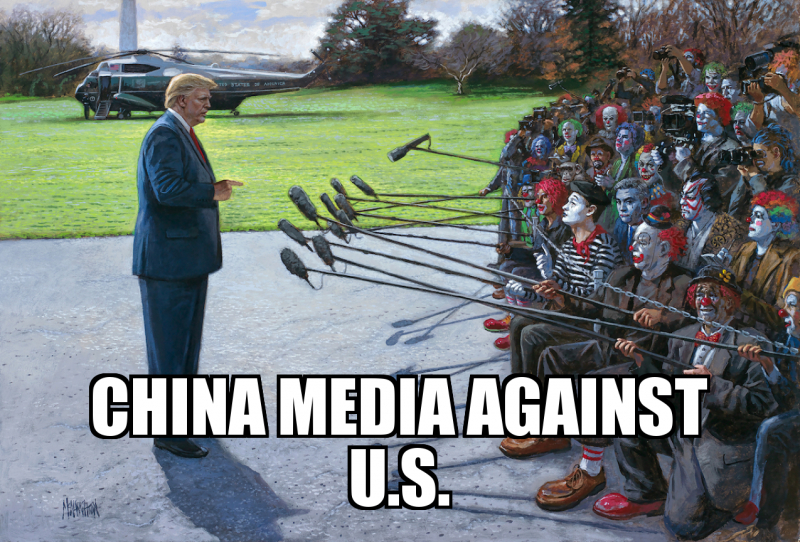 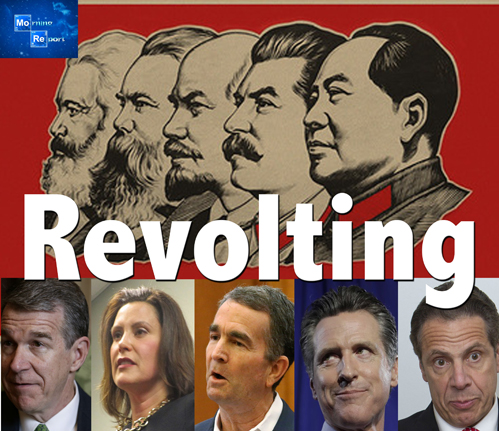 Good morning, kids. Wednesday, and another grim milestone of yet another day of America held hostage. As of this 5:00AM Eastern, the box score here in the US for Chinese Lung AIDS stands at:

Before I go any further, it's kind of frustrating to have to note that there are still some who, because they can't challenge the fact of the wildly inaccurate models plus the now open shenanigans to juice the number of deaths, are basically implying that I'm ghoulish or heartless in wanting the lockdowns lifted even if it means more will die. Here's a newsflash: More people indeed are going to die today and the odds are the overwhelming majority who do so are going have their ticket punched for some other reason than the Chinese Lung AIDS.

Once again, here are the top 10 causes of death last year as listed by our very own CDC (FYI it comes from this Breitbart post from last September in response to the gun-grabbers' latest claims about death from evil pew-pews):

I can hear the detractors looking at number 10 on the list and shouting "ZOMFG! It's the end of the world! We're going to maybe double the flu numbers when this is over! If it's ever over! Oh the humanity!" Please, spare me, and your own sanity. For argument's sake, let's assume the death stats are accurate meaning that every death was indeed caused by Peking Pox, even if there were other underlying conditions. Let's also assume that when this plays out, the total number of deaths will be 60,000. The 2017 flu season was particularly nasty, the worst since 1976, and the CDC estimated that some 80,000 died as a result of it. So if you add last year's stat of 55,000 to my guesstimate of 60,000 that gives you just over 115,000 total. Even if you add it to the 80,000 figure of the worst flu season in 40 years, that only moves it up a few spots on the hit parade.

We're getting into the weeds, though, with the numbers. But the salient point is that more people are dying every day of other causes by orders of magnitude greater than flu and certainly greater than the Chinese Lung AIDS. Yes, the latter might kill people and no doubt can and will be a factor in someone's demise who is already elderly or at risk because of compromised lungs or immune systems - the same as they would be for ordinary everyday flu.

And yet, we have allowed government at all levels to use the now provably and wildly inaccurate prognostications of the technocrats to put virtually the entire nation under house arrest under the guise of halting the spread of something that, although nasty and lethal to be sure, is nowhere near the extinction-level plague that the media is pimping it as. The estimable Betsy McCaughey warns that the death toll from the virus will ultimately pale from those who died as a direct result of the lockdown:

...The academics and public-health officials who have concocted models of the virus' spread are telling us that we have to continue the shutdown to save thousands of lives. It's too bad none of their models considers the deaths that will be caused by unemployment...

Job losses cause extreme suffering. Every 1 percent hike in the unemployment rate will likely produce a 3.3 percent increase in drug-overdose deaths and a 0.99 percent increase in suicides, according to data from the National Bureau of Economic Research and the medical journal Lancet.

These are facts based on past experience, not models. If unemployment hits 32 percent, some 77,000 Americans are likely to die from suicide and drug overdoses as a result of layoffs. Deaths of despair. Then add the predictable deaths from alcohol abuse by caused by unemployment. Health economist Michael French from the University of Miami found a "significant association between job loss" and binge drinking and alcoholism.

The impact of layoffs goes beyond suicide, drug overdosing and drinking, however. Overall, the death rate for an unemployed person is 63 percent higher than for someone with a job, according to findings in the journal Social Science & Medicine. Now do the math: Layoff-related deaths could far outnumber the 60,400 coronavirus deaths predicted by University of Washington researchers. This comparison isn't meant to understate the horror of the coronavirus for those who get it and their families. But heavy-handed state edicts to close all "nonessential businesses" need to be reassessed in light of the predictable harm to the lives, livelihoods and health of the uninfected...

McCaughey is absolutely correct. If the technocrats and Democrats (BIRM) want to play games with numbers and claim those who died of underlying health issues who had the virus died of the virus, then I too want a statistic of those who died from government house arrest who had heart attacks, strokes, overdoses or suicide.

Now all that said, I will concede that Chinese COVID-19 is brand new, and there may be things about it that we don't know or understand, thanks to the Chi-Coms who more than likely cooked this thing up in a first world Wuhan bio research lab yet ironically are so backward culturally vis a vis cleanliness and sanitation that they let it escape into the revolting wet market right next door. ">There is a rather alarming report that researchers are claiming that the Peking Pox could actually attack the immune system much like HIV/AIDS. That said, considering our Agitprop "media" that is in bed with the Chi-Coms and pumping out almost verbatim Central Committee communiques, and the Chi-Coms own censorship, how do we really know that this claim isn't just disinformation meant to keep our country on lockdown long enough to not just severely damage but destroy it? As I stated earlier, the Left and Media (BIRM) have lied so brazenly and so long about so many other things that most people will just tune them out even if another one of these viruses spreads and it really is like the 1918 Spanish Flu.

Switching gears, I was going to go into a rant about my disgust at having to once again have to cite statistics that we all should know and understand. But it does get to the heart of the issue insofar as, as each useless, helpless day goes by while vile bastards like Ralph Coonman McMugabe, Gauleiter Gretchen Whitmer and Roy "Al Pain" Cooper dictate what we can and cannot do, more and more citizens are becoming enraged. Their anger is not so much from the at first seemingly reasonable "request" to stop the spread of this virus but, now that the spread is abating and the estimates of death and catastrophe provably wrong, the insistence on keeping their hobnailed Manolo Blahniks and Ferragamos on our necks.

More and more people now are aware of the fact that the Democrat-Media Complex's will to power is proving deadlier than any disease ever could. Stirrings of righteous rage are smoldering in Michigan, Ohio and North Carolina and the Left will do everything and anything to snuff it out. May it burn through the soles of their jackboots and then consume them.

If they won't lift the lockdowns, then break the damned chains.