*** Pence and Pompeo Secure Cease-Fire Agreement Between Kurds and Turkey *** 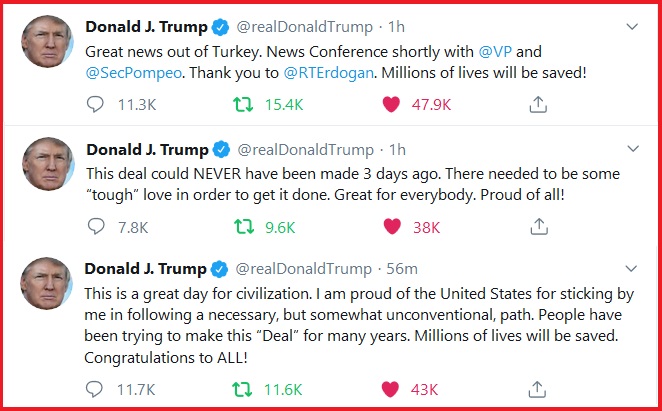 Democrats, always reliably anti-Trump, have now carved out a position for themselves of being the party of Pro-War Protest.  Driven nearly insane by their hatred of the man, and by their continued failure at bringing him down by lies and coup attempts, Democratic leadership is switching sides on the issue of continuing U.S. intervention in what was once the country of Syria. 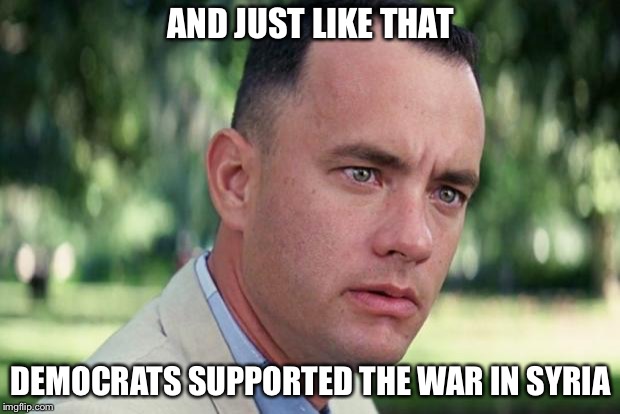 When ISIS was slaughtering Christians and other infidels with abandon during Obama's term in office, in many cases using weapons supplied by Hillary Clinton's twisted Benghazi arms-dealing, Democrats were more than willing to look the other way.

When Barack Obama drew a red line over chemical weapons use in Syria, and then pretended he didn't notice when Syrian president Assad ignored the red line, Democrats in Congress and the media were also willing to pretend they didn't notice.

The bottom line is that no policy contortion is too extreme for Democrats to undergo in order to maintain their always and forever anti-Trump position.  The war the Democrats really support to the fullest is the war against the Trump administration, and the wider war against constitutionally limited government.

US and Turkey agree on Syria ceasefire. 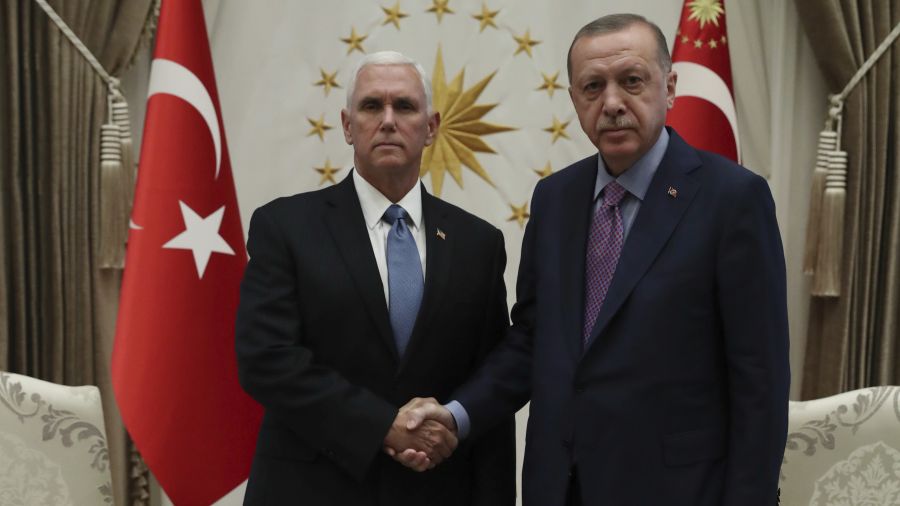 US Vice President Mike Pence’s announcement in Ankara on Thursday, Oct. 17 that Turkey had agreed to a 120-hour ceasefire surprised only those who credited the consistent misreporting on the “successes” of the week-long Turkish operation against the Kurds of northern Syria.

In straight talks with Pence and Secretary of State Mike Pompeo, Erdogan realized that a truce was his best bet for avoiding a debacle. With them were US national security adviser Robert O’Brien and special Syrian envoy James Jeffrey. Pence announced that the ceasefire was to allow Kurdish forces to retreat from a designated safe zone (agreed between President Donald Trump and Erdogan on Oct. 6) and make way for negotiations towards a permanent end to the conflict. US forces are to facilitate the Kurds’ retreat.

DEBKAfile’s military sources report that Pence handed Erdogan a lifeline. By last Sunday, Oct. 13, his operation was flagging, thwarted by the arrival of Syrian government forces in the Kurdish areas, with Russia military support, while Turkish troops were still poised for attack. This followed a snap deal between the Kurds and Damascus. That deal and the close coordination between Presidents Trump and Vladimir Putin, revealed exclusively by DEBKAfile throughout, left the Turkish president little choice but to dance again to the tune of Trump administration policy. Otherwise, he and the Turkish army would find themselves up against a broad front of Russia, the Syrian army and the Kurds. Erdogan therefore folded and acceded to Trump’s demand for a provisional truce.

Recep Erdogan realized his Turkish forces were facing off against Kurdish military, the Syrian Army, and Russians. As a result of President Trump proclaiming the NATO ally was all alone; Erdogan was,as we anticipated, naked to an alliance of his enemies. Additionally, the Turkish economy was going to be destroyed by sanctions.

Vice-President Mike Pence and Secretary of State Mike Pompeo gave President Erdogan the only way out that would avoid him being crushed militarily and economically; and simultaneously positioned the deal such that Erdogan could save face domestically and declare a win.  The Kurdish forces will pull back allowing a 20 mile buffer region.

Brilliant all around geopolitical strategy by the Trump administration; and now all the pontificating war-mongers on Capitol Hill seem ridiculous.