"The Obama administration Justice Dept. was a disgrace ... but much more than that, it's treason."

READ - “What did Obama and Biden know and when did they know it?”

The corruption of the Justice Department, the FBI, the CIA and the State Department for partisan purposes in 2016 and 2017 is unprecedented.

All the more so because law enforcement officials gave misleading information to the FISA court to get warrants to spy on Trump associates. Watergate, by comparison, really was a third-rate burglary with a clumsy cover-up. It almost seems ­benign next to the Obama administration’s effort to tip the 2016 election to Hillary Clinton, then sabotage Trump with leaks of classified information.

Even in that context, the prosecution of Flynn stands out as an extraordinary breach of law and public trust. Special counsel Robert Mueller charged Flynn with lying to agents despite fundamental flaws in the interview, especially in the deceptive approach. And documents released when Attorney General William Barr pulled the plug on the case show the FBI withheld exculpatory evidence from Flynn’s first lawyers.

As Barr noted, Flynn committed no crime and, additionally, no jury would ever have convicted him given the government’s repeated misconduct. 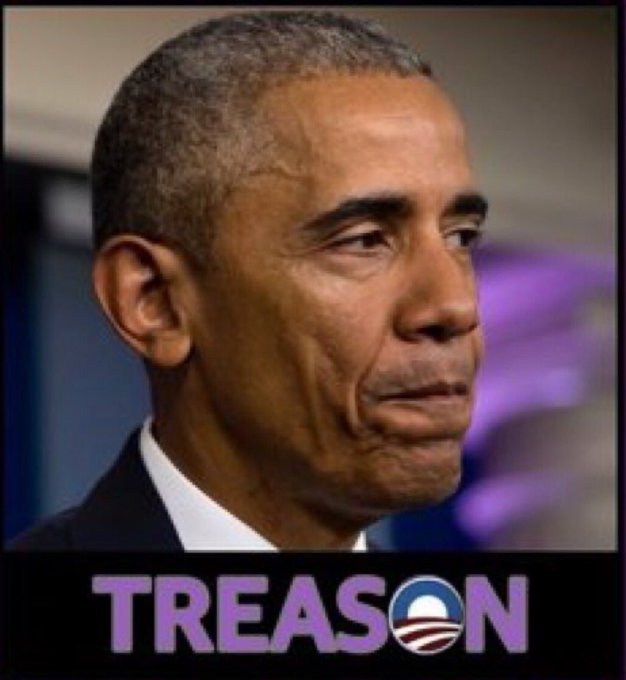 'It looks like President Obama ordered up phony RussiaGate scandal'

RussiaGate is now a complete dead letter — but ObamaGate is taking its place. Just how far did the then-president go to cripple his successor?

It’s now clear the Obama-Comey FBI and Justice Department never had anything more substantial (Link) than the laughable fiction of the Steele dossier to justify the “counterintelligence” investigation of the Trump campaign.

Obama was in on plot to 'frame' Flynn

Former National Security Adviser Gen. Michael Flynn's lead attorney accused top officials of orchestrating a plot to frame her client ... insisting that former President Barack Obama himself was in on it.

Why is Obama Panicking Now? – The Importance of Understanding Political Surveillance In The Era of President Obama

Why is former President Obama calling forth all his defensive resources now?  Why did former national security advisor Susan Rice write her cya letter?  Why have republicans in congress not been willing to investigate the true origins of political surveillance?  What is the reason for so much anger, desperation and opposition from a variety of interests?

The good news is former President Obama is panicked by recent sunlight; the slight possibility of a U.S. DOJ that may soon have him in the cross-hairs; and the more obvious possibility the American people will discover the scale of his corrupt weaponization of intelligence to target his political opposition.

Q: Does the new evidence show that the counterintelligence case against General Flynn was simply left open to lay a trap for lying? 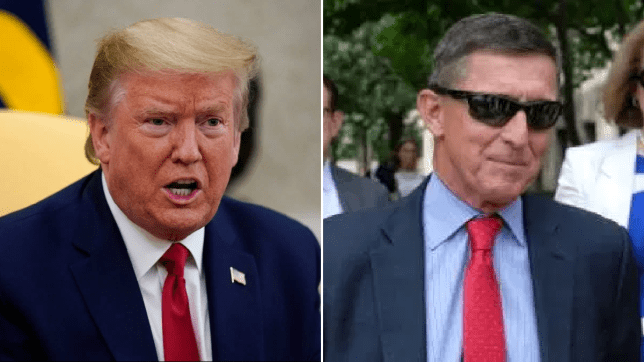 President Trump reacted to news Thursday that the Justice Department is dropping the case against former National Security Adviser Michael Flynn, saying that the Obama administration’s efforts to build a case of Russian collusion against Trump are “unprecedented” and the people behind it are “human scum.”

In 2017, Flynn pleaded guilty to lying to the FBI. He was accused of lying about his contacts with then-Russian ambassador Sergey Kislyak. However, the DOJ concluded on Thursday that his interview was "untethered to, and unjustified by, the FBI's counterintelligence investigation” and "conducted without any legitimate investigative basis."

Trump was told about the DOJ’s decision during an Oval Office meeting with Texas Gov. Greg Abbott. “I didn't know that was happening at this moment. I felt it was going to happen just by watching and seeing like everybody else does. He was an innocent man, he is a great gentleman. He was targeted by the Obama administration, and he was targeted in order to try and take down a president, and what they have done is a disgrace, and I hope a big price will be paid,” the president said.

Flynndication! How sweet it is! Certainly would be much sweeter with the coup plotters up to and including Obama and Clinton sitting in the dock facing judgment (and at least 1,000 miles from a DC courtroom). But it's gratifying enough that an innocent man and a decent guy is finally vindicated. He's still financially ruined and went through hell for nearly four years, all because he was in a position to expose the Obama/Clinton-led coup against Trump. And Paul Manafort and Roger Stone are still going through hell.

Rush Limbaugh closed his show out with this:

I tell you, folks, some days it's beyond frustration. The truth is right there. It's easily understood. It's staring you in the face. And there are people too blind with partisanship and hatred to see it. Ladies and gentlemen, it is a big deal. I cannot describe what a monumental, big deal it is for the Department of Justice to drop a case. It so rarely happens. They got a guilty plea and they still dropped it? You have no idea even now how big this is.

The links speak for themselves, and I also recommend David Goldman's (aka Spengler) on another big reason Flynn was targeted; because he went against Obama and the Deep State enterprise of wasting American blood and treasure in endless wars and "nation building." But above all, I am standing on my chair and cheering President Trump for calling out Obama and his minions as "human scum." For doing what they did, not only to him, but to all of us in their quest for absolute power, that is exactly what they are. I could care fuck-all for decorum, muh principulz, and not looking/acting presidential. He not only said what needed to be said but exactly in the manner it needed to be said. Bravo.