"The Great Revolt Enters a New Phase: How the Populist Uprising of 2016 Will Reverberate in 2020"

The shocking result in 2016 wasn't a black swan, an irregular election deviating from normalcy, but instead the indicator of the realignment we describe in "The Great Revolt: Inside the Populist Coalition Reshaping American Politics," now available in a new a paperback edition in time for the 2020 election season.

The story of America's evolving political topography is one of tectonic plates that slowly grind against one another until a break notably alters the landscape with seismic consequences -- a sudden lurch long in development.

The election of President Donald Trump cemented a realignment of the two political parties rooted in cultural and economic change years in the making. Although he has been the epicenter of all politics since his announcement of candidacy in 2015, Trump is the product of this realignment more than its cause, a fact that becomes clear as you travel the back roads to the places that made him the most unlikely president of our era.

Trump's 2016 victory came in spite of his historically weak performance in the suburbs long dominated by Republicans. The key was that he more than overcame his suburban weakness with the mass conversion of blue-collar voters in ancestrally Democratic bastions of the Midwest, and he inspired irregular voters who mistrust both parties.

For "The Great Revolt," we traveled to the counties in the Great Lakes states that Trump wrested away from Democratic heritage to find examples of the voter archetypes that define the Trump coalition. Large strata of the population are now not just eager to vote in the next race for president but eager to vote against the party of their ancestry. This enthusiasm for new alliances is perhaps the greatest indicator of lasting realignment. 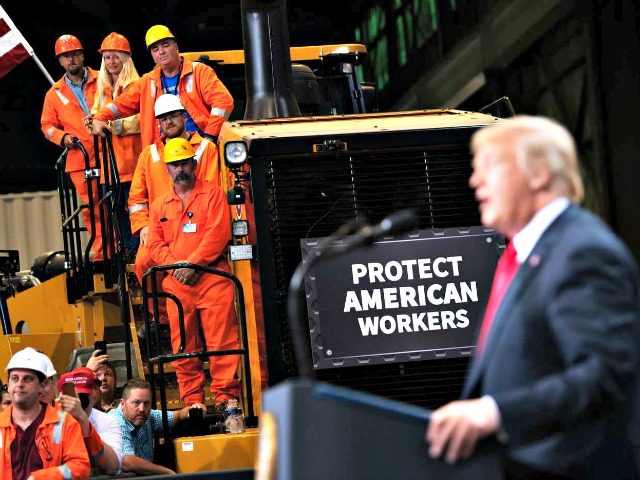 The election of Trump glued populism to conservatism .. In Trump, Republicans have embraced, or have been forced to embrace, a more muscular and activist approach