At the request of Democrats, I have delayed the Illegal Immigration Removal Process (Deportation) for two weeks to see if the Democrats and Republicans can get together and work out a solution to the Asylum and Loophole problems at the Southern Border. If not, Deportations start!

President Trump has directed U.S. Immigration and Customs Enforcement agents to conduct a mass roundup of migrant families that have received deportation orders, an operation that is likely to begin with predawn raids in major U.S. cities on Sunday. 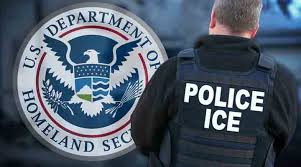 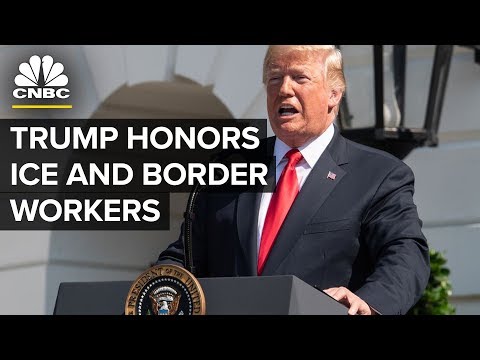 The “family op,” as it is referred to at ICE and the Department of Homeland Security, is slated to target up to 2,000 families facing deportation orders in as many as 10 U.S. cities. The White House has been in direct communication with acting ICE director Mark Morgan.

“In February, we sent letters to these individuals telling them they had an order of removal,” Morgan told reporters this week. “We’re at the point right now where we have no other choice but to use our interior enforcement statutory authority to identify where these individuals are and remove them.”

Families cannot be exempted, he said: “The law must be applied fairly and equally. We’re going to do that with compassion and dignity, but we’re going to enforce the law.”

Morgan this week urged families with deportation orders to turn themselves in to ICE, and said that operations targeting those who defy court orders would reinforce the administration’s broader deterrent efforts.

“The message has gotten out that if you bring a kid, nothing will ever happen to you,” Morgan said. “We need to make sure we’re sending the message that will not be tolerated any more.”