"Her hatred for Israel is greater than her love for her grandmother.”

Rep. Rashida Tlaib (D., Mich.) will attend an event with a group that supports the Boycott, Divestment, and Sanctions (BDS) movement against Israel one day after being denied entry into Israel in part due to her support of BDS.

1. Prime Minister Benjamin Netanyahu said it was plain that Omar and Tlaib intended to use the visit to harm Israel.  “Several days ago, we received [Omar and Tlaib’s] trip itinerary, which clarified that they planned a visit whose sole purpose was to support boycotts and deny Israel’s legitimacy. For example, they called their destination ‘Palestine’ and not ‘Israel’

2. Tlaib then submitted a letter requesting to be allowed to visit despite the ban, citing her elderly grandmother, and promised not to promote boycotting Israel during her visit.

3. Israel granted the request, asking Tiaib to sign a letter promising not to promote boycotting Israel during her visit.

4. Tlaib then tweeted that allowing her to visit only under certain terms was humiliating. She stated that she would not “bow down to their oppressive & racist policies. Silencing me & treating me like a criminal is not what [my grandmother] wants for me. It would kill a piece of me. I have decided that visiting my grandmother under these oppressive conditions stands against everything I believe in — fighting against racism, oppression & injustice.” 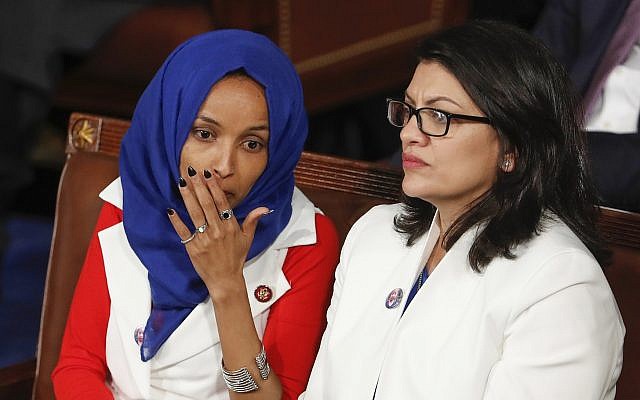 5. In response to Tlaib’s announcement that she would not be coming after all, Interior Minister Aryeh Deri tweeted: “Apparently [her request] was a provocation to make Israel look bad. Her hatred for Israel is greater than her love for her grandmother.”