May The 4th Be With You: Volusia County Turns Red .. Two Years Ago Today

What he saw was history: For the first time since the 1870's (maybe ever) Volusia had more registered Republicans than Democrats. 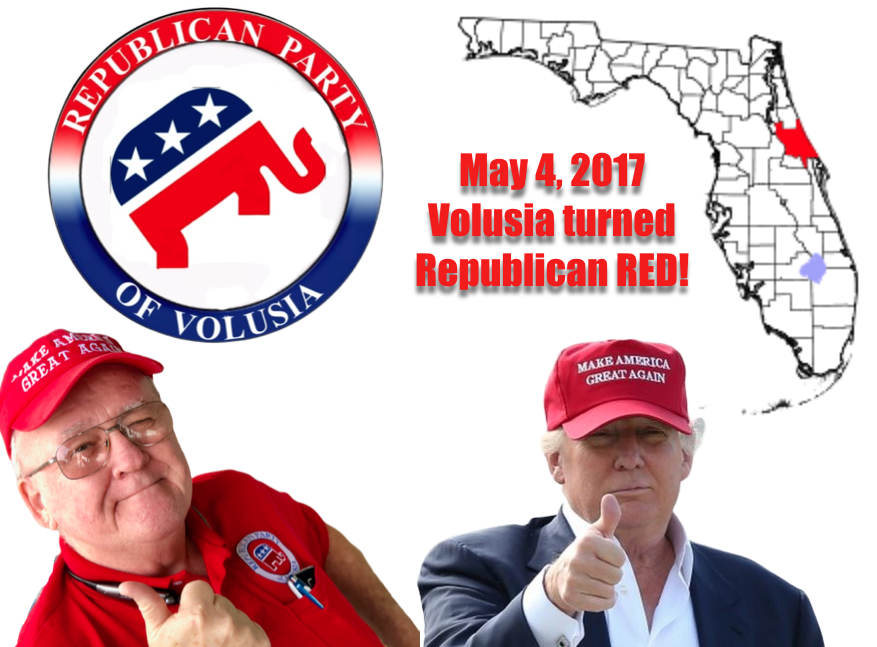 Little by little, for decades now, once-blue Volusia County has been edging toward a change. This month marked the completion of the transformation. More Republicans are registered to vote in Volusia than Democrats for the first time since Reconstruction, maybe ever. (The records from the 1870s aren’t so good.)

“We have always been a Democratic county,” said Lisa Lewis, Volusia County’s supervisor of elections.

Upon hearing of the county’s shift from Democrat to Republican, Kit Martin, a longtime Daytona Beach resident who was involved in organizing local GOP clubs as early as the 1964 election, had a two-word reaction. “Happy day,” she said.

She recalled the day when she, newly arrived from West Virginia, went to register to vote. She told the elections supervisor’s clerk her party choice. “Are you sure you want to register Republican?” came the response.

“I said, ‘What is your name? I think it is illegal to try to influence my registration,’” Martin responded.

Tony Ledbetter, the Volusia County Republican chairman, said the party remained almost 3,000 voters behind Democrats on Jan. 1. He attributes the closed gap to a backlash to negative mainstream media coverage of Trump.

Ledbetter views Volusia as a harbinger of Florida, which still tilted Democratic by about 330,000 voters out of a total of 13 million, as of Dec. 31, 2016. “We have a campaign push all over Florida, all 67 counties,” he said. “We’re working to make Florida red.” 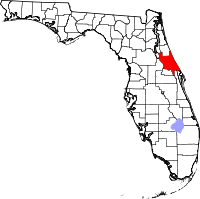