VP Michael Pence: “It's true — our alliance with Israel has never been stronger"

"We must never allow the memory of those lost in the Holocaust to be cheapened as a cliché to advance some left-wing political narrative. Last month, a leading Democrat in Congress actually compared our U.S. Customs and Border Protection detention facilities to concentration camps. Her allies in Congress, the Left, and in the media shamefully came to her defense." 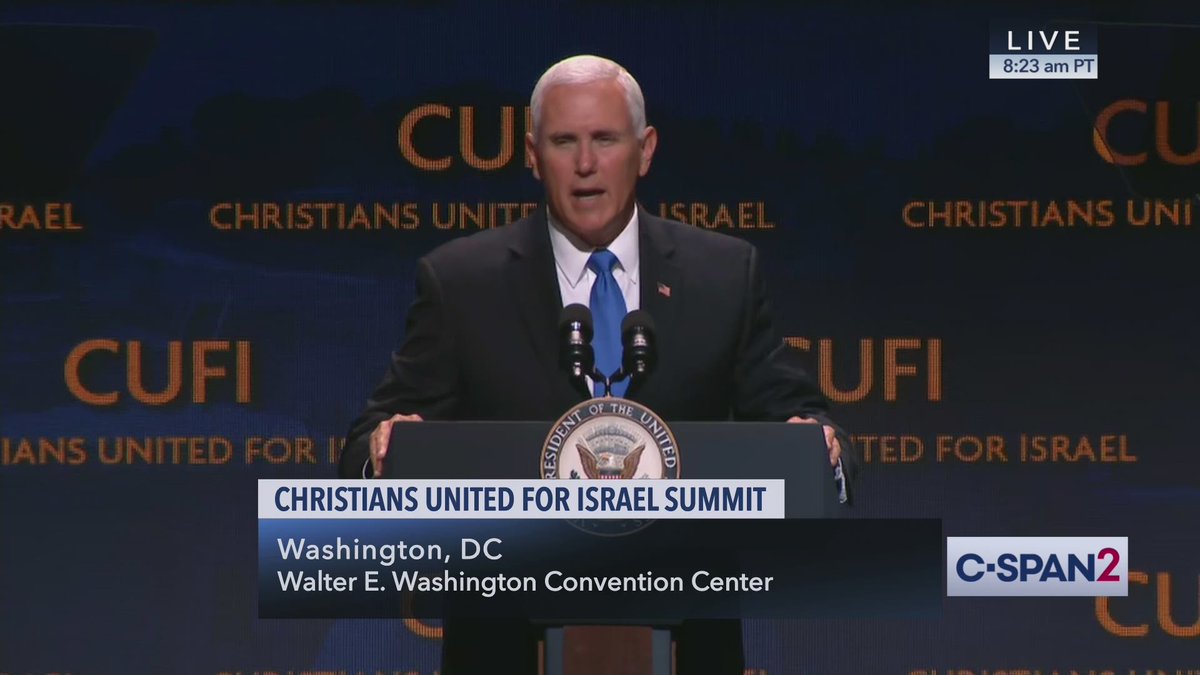 He was talking about Rep. Alexandria Ocasio-Cortez, the New York Democrat who accused the Trump administration of establishing "concentration camp systems" on the southern border.

“To compare the humane work of the dedicated men and women of Customs and Border Protection with the horrors of the Holocaust is an outrage,” Pence said. "And make no mistake about it: This slander of law enforcement was an insult to the six million killed in the Holocaust. And it should be condemned by every American of every political party everywhere."

Pence also highlighted recent disputes over the boycott, divestment, and sanctions movement, which has been endorsed by another first-term House Democrat, Minnesota's Ilhan Omar.

The campaign, an effort to target Israel with the kind of economic and diplomatic pressure that brought down the apartheid South African government at the end of the Cold War, prompted Republicans to draft legislation that would allow states to blacklist from contracts companies that cooperate with the BDS movement.

"Remarkably, today, all but one Democrat running for president voted against the Combating BDS Act in the United States Senate," he said.

“Anyone who aspires to the highest office in the land should not be afraid to stand with Israel.”