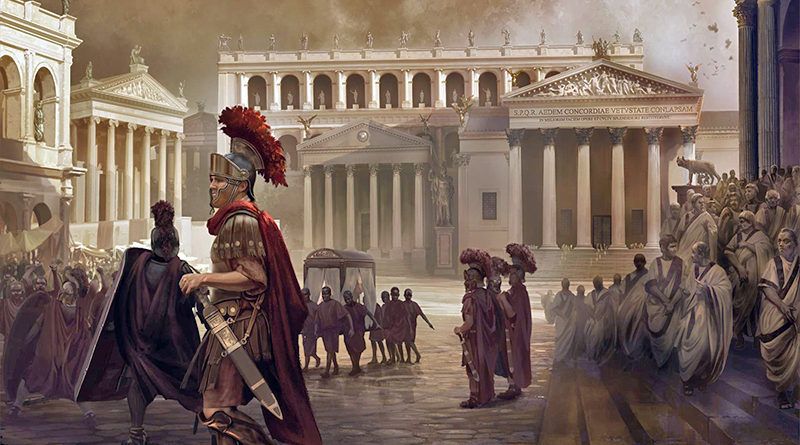 Sometime around A.D. 60, in the age of Emperor Nero, a Roman court insider named Gaius Petronius wrote a satirical Latin novel, “The Satyricon,” about moral corruption in Imperial Rome. The novel’s general landscape was Rome’s transition from an agrarian republic to a globalized multicultural superpower.

The abrupt transition from a society of rural homesteaders into metropolitan coastal hubs had created two Romes. One world was a sophisticated and cosmopolitan network of traders, schemers, investors, academics and deep-state imperial cronies. Their seaside corridors were not so much Roman as Mediterranean. And they saw themselves more as “citizens of the world” than as mere Roman citizens.

In the novel, vast, unprecedented wealth had produced license. On-the-make urbanites suck up and flatter the childless rich in hopes of being given estates rather than earning their own money. 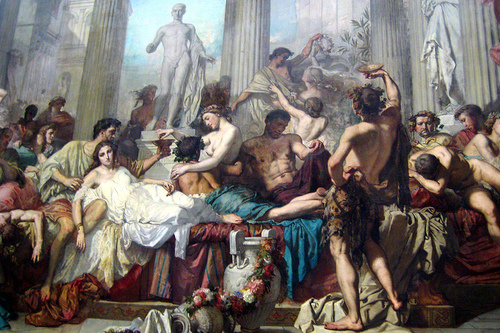 His novel’s accepted norms are pornography, gratuitous violence, sexual promiscuity, transgenderism, delayed marriage, childlessness, fear of aging, homelessness, social climbing, ostentatious materialism, prolonged adolescence, and scamming and conning in lieu of working. Never in the history of civilization had a generation become so wealthy and leisured, so eager to gratify every conceivable appetite—and yet so bored and unhappy.

But there was also a second Rome in the shadows. Occasionally the hipster antiheroes of the novel bump into old-fashioned rustics, shopkeepers and legionaries. They are what we might now call the ridiculed “deplorables” and “clingers." They are caricatured as bumpkins and yet admired as simple, sturdy folk without the pretensions and decadence of the novel’s urban drones.

Globalization had enriched and united non-Romans into a world culture. That was an admirable feat. But such homogenization also attenuated the very customs, traditions and values that had led to such astounding Roman success in the first place.

Petronius also argues that with too much rapid material progress comes moral regress. His final warning might be especially troubling for the current generation of Western Europeans and Americans. Even as we brag of globalizing the world and enriching the West materially and culturally, we are losing our soul in the process.

Getting married, raising families, staying in one place, still working with our hands and postponing gratification may be seen as boring and out of date. But nearly 2,000 years later, all of that is what still keeps civilization alive.

Victor Davis Hanson is an American military historian, columnist, former classics professor, and scholar of ancient warfare. He was a professor of classics at California State University, Fresno, and is currently the Martin and Illie Anderson Senior Fellow at Stanford University’s Hoover Institution. He has been a visiting professor at Hillsdale College since 2004.