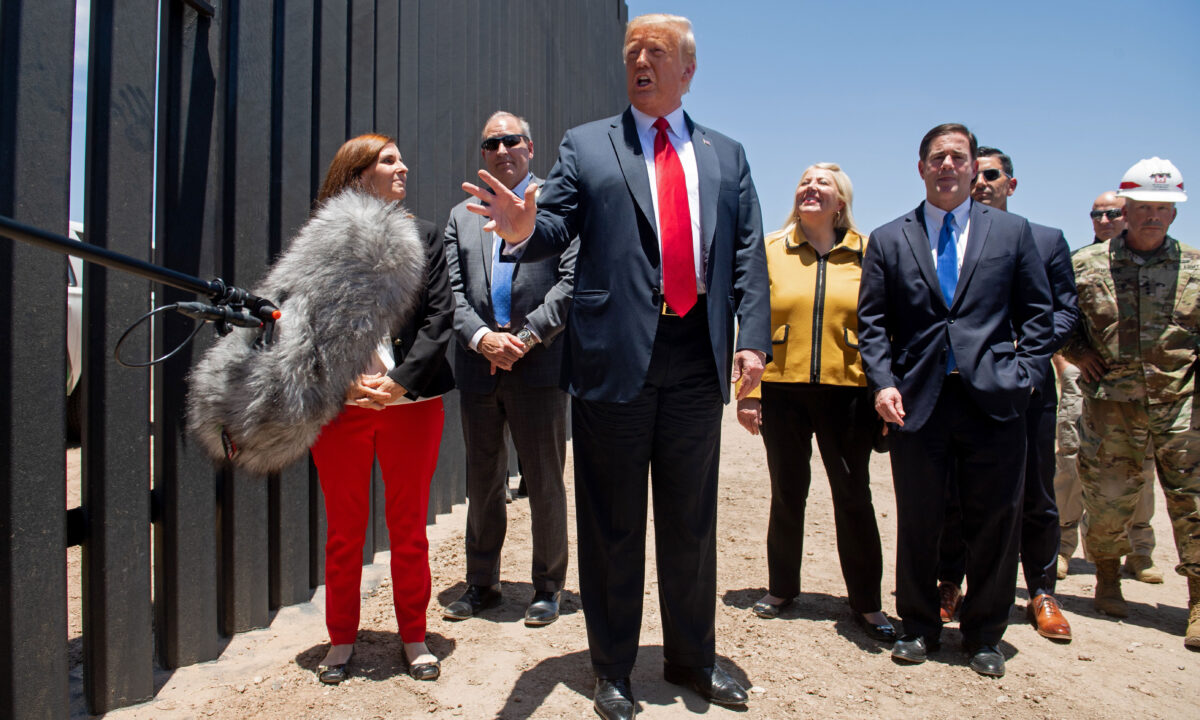 President Donald Trump visited a section of the U.S.-Mexico border in Yuma, Arizona, to celebrate the 200th mile of the newly built border wall.

“I’m thrilled to be in Yuma … to commemorate the completion of more than 200 miles of powerful border wall,” he said during a roundtable briefing on the border security before he visited the border wall. “We’re on pace to complete 450 miles by the end of the year and 500 miles almost immediately thereafter.”

“The Army Corps of Engineers, I want to thank them, they’ve been incredible,” he added.

Trump said that the new wall system has enhanced the capability of the United States to secure the southern border.

The wall has reduced drug and human smuggling, stopped criminals and gangs from coming into the country, and lowered violent crimes in U.S. cities, the president said.

“This is border security, which is national security,” he added.

He examined the border and signed a metal plaque attached to the structure marking 200 miles of construction.

In a statement after Trump’s visit, the U.S. Customs and Border Protection (CBP) announced that they have constructed 216 miles of new border wall system.

“Illegal drug and human smuggling activities have decreased in those areas where barriers are deployed. Illegal cross-border traffic has also shifted to areas with inferior, legacy barriers or no barriers at all,” said Acting CBP Commissioner Mark Morgan.

“Good things will happen with DACA pretty soon,” Trump said during the visit to the wall. “Put your chin up, good things are going to happen.”