There are going to be consequences - "China will find out" 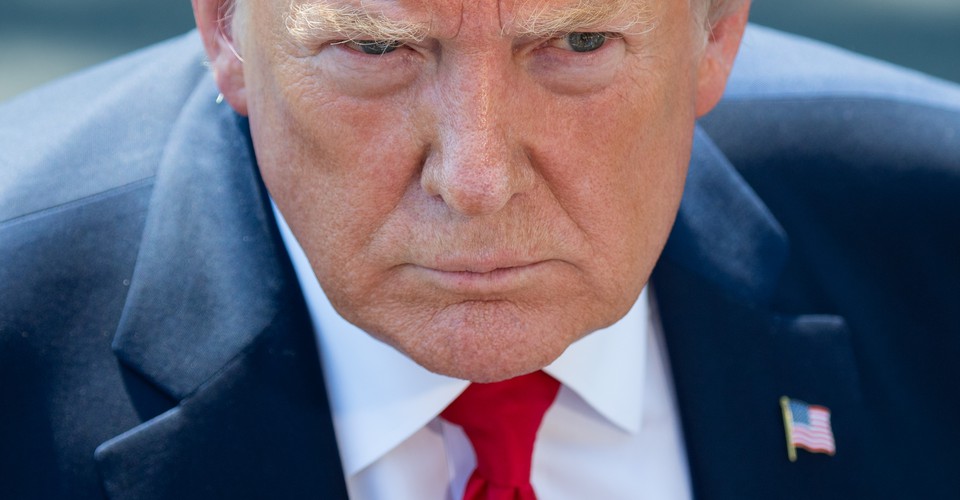 Taiwan Semiconductor Manufacturing Co Ltd (TSMC) announced that it will build a new factory in Arizona as part of a $12 billion deal with the U.S. that will “create over 1,600 high-tech professional jobs directly, and thousands of indirect jobs in the semiconductor ecosystem,”
.
Secretary of State Mike Pompeo responded: “The U.S. welcomes TSMC’s intention to invest $12B in the most advanced 5-nanometer semiconductor fabrication foundry in the world. This deal bolsters U.S. national security at a time when China is trying to dominate cutting-edge tech and control critical industries.”
.

Secretary of State Mike Pompeo on Sunday warned China against interfering with the work of American reporters in Hong Kong, following China’s expulsion of several U.S. reporters from the mainland.

“It has recently come to my attention that the Chinese government has threatened to interfere with the work of American journalists in Hong Kong.

These journalists are members of a free press, not propaganda cadres, and their valuable reporting informs Chinese citizens and the world,” Pompeo said in a statement. “Any decision impinging on Hong Kong’s autonomy and freedoms as guaranteed under the Sino-British Joint Declaration and the Basic Law would inevitably impact our assessment of One Country, Two Systems and the status of the territory.”

Secretary of State Mike Pompeo lit into the Communist Party of China’s state-controlled media outlets that have been attacking him and a variety of American lawmakers and media outlets—and even now U.S. states.
. 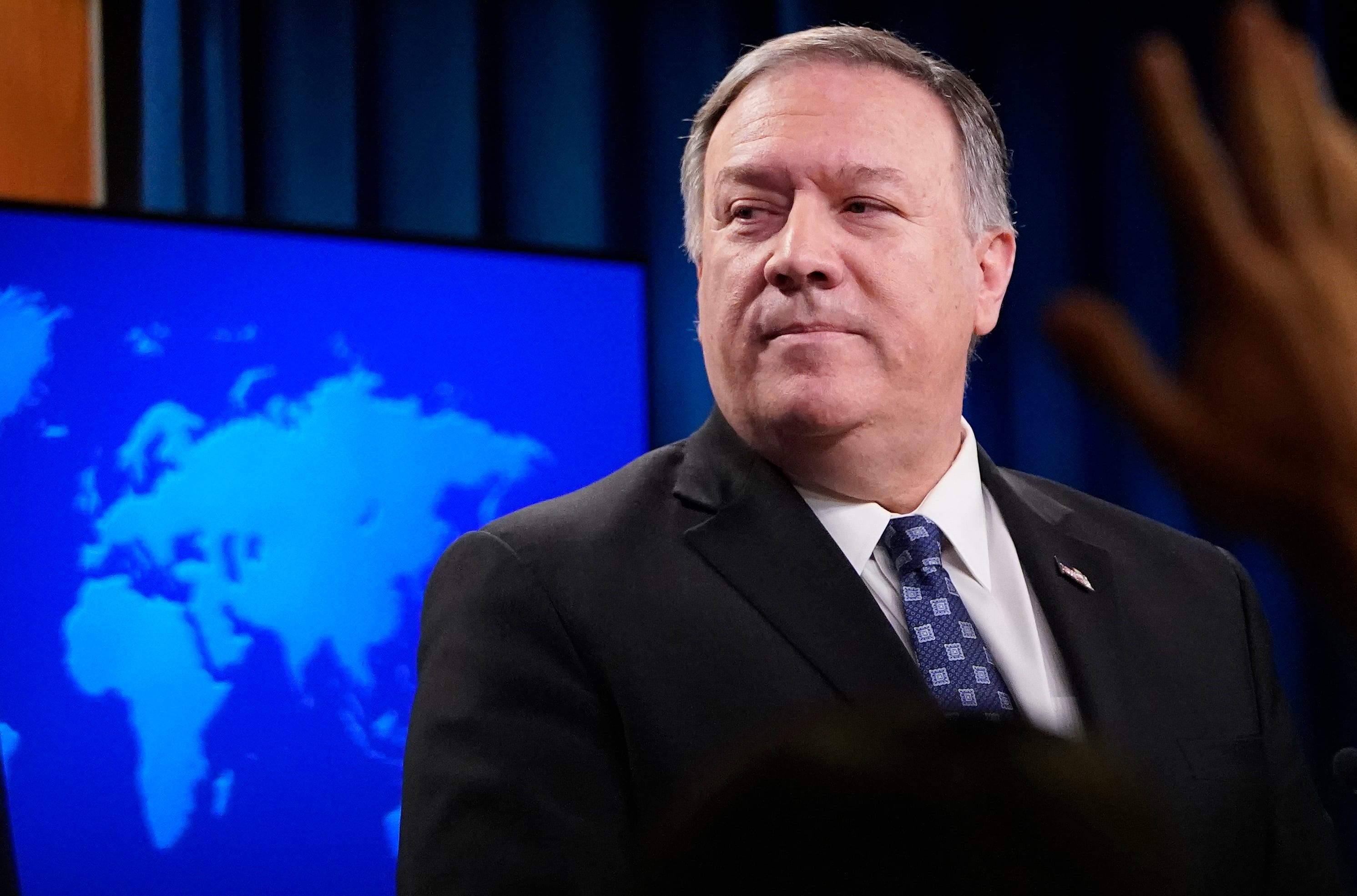 .
“I think this shows that the Chinese Communist Party understands the risk that they’ve put on top of their own nation. Those attacks demonstrate weakness, not resolve, by the Chinese Communist Party. You and I are both old enough to remember how Communist regimes, how autocracies behave. Once they know they have done things that are wrong, they strike out. They try to blame others. I think that’s what you’re seeing."
.
In recent days, the Global Times—a Chinese government-controlled propaganda outlet — has intensified attacks (link) on Americans, including the publication of a threat of sanctions against U.S. lawmakers for criticizing China.
.
The lawmakers singled out include Sens. Tom Cotton (R-AR), Marsha Blackburn (R-TN), Martha McSally (R-AZ), Rick Scott (R-FL), and Josh Hawley (R-MO), as well as Reps. Jim Banks (R-IN), Dan Crenshaw (R-TX), and Lance Gooden (R-TX), among others.
.
Other Chinese Communist Party propaganda, like China Central Television (CCTV), has targeted Breitbart News (link) .. falsely calling this publication home to “racist speech.”
.
**************
.
At an April 14th press conference , when asked by a reporter why there are no consequences for China ..
the president replied

" How do you know that there are no consequences?
You're going to find out .. China will find out. "

White House trade and manufacturing policy advisor Peter Navarro appears on Fox News to discuss the administration’s outlook toward China and the intense focus to bring critical manufacturing back to the U.S.

Earlier in the day a visibly angered President Trump told Maria Bartiromo he “doesn’t want to talk to China right now”, and Navarro highlights exactly why.

All administration policy and economic influence is targeted to remove Chinese manufacturing from U.S. supply chain.  President Trump officials openly discussing an intentional U.S. effort to decouple from China is a significant shift.

We have a Chinese Communist Party problem 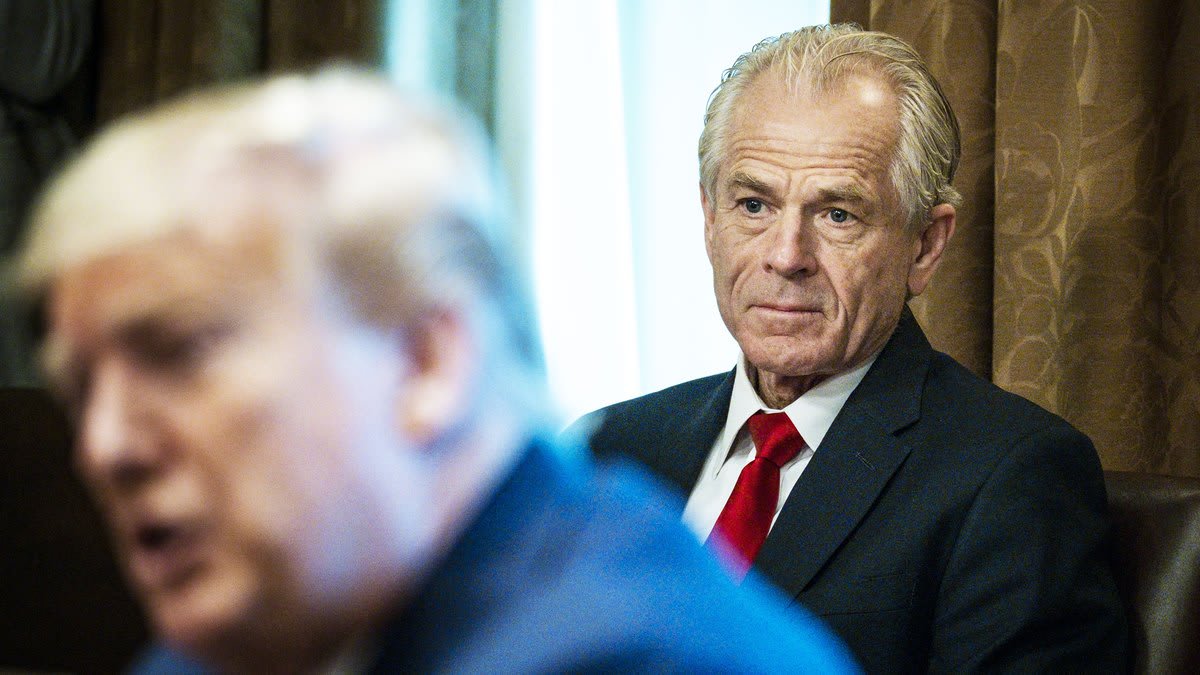 Michael Waltz: “We are in a Cold War with China” 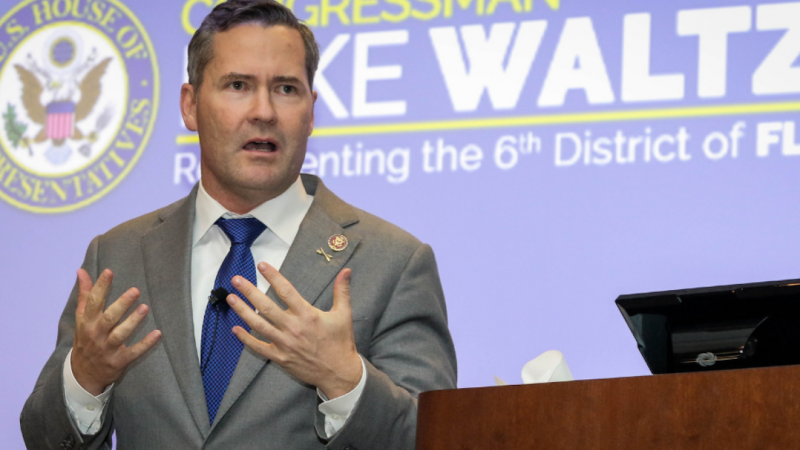 “This is the most dangerous adversary we have ever faced.”

Congressman Waltz said in a video he tweeted earlier this week:

"Every month, me included as a National Guardsman, we contribute to this 401K-style plan. Well guess what? Billions of dollars from it are going over to Beijing and funding Chinese shipbuilding, plane building and all types of companies. Many of which are close to the Chinese Communist Party, some of which are even on the U.S. sanctions lists."

"We cannot have the American military who’s out on the frontlines retirement account funding their biggest adversary in the 21st Century. America, we need to wake up.

We are in a Cold War with China, they are certainly in one with us. And we would be no more funding their industry through our retirement than we would the Soviet Union and companies in Russia years ago. We need to think about this differently and this has got to stop."