Rally for 2A in VA. was peaceful - Police say not a single incident or arrest.

Approximately 22,000 second amendment supporters rallied at the Richmond, Virginia capitol today to petition state government not to infringe on the rights of law-abiding gun owners.

Appearing to cheer for some confrontation or violent outcome, the national media had hyped the event as a massive assembly of “right wing militia groups”; further attempting to inject a racial element around the MLK holiday by proclaiming “white separatists” would be squaring-off against Virginia law enforcement.

It was all fake news.

Curtis Houck from the Media Research Center assembled a montage of CNN and MSNBC media reports from this morning to highlight how the national media attempted to set the narrative.

President Trump was correct on October 29th, 2018, when he shared: 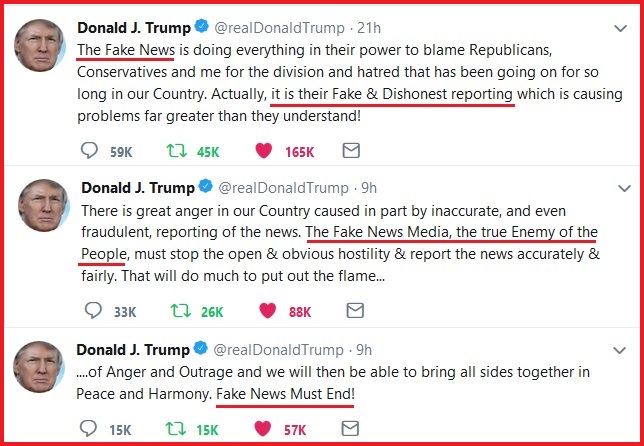