The States Are Sovereign!

“Biden is threatening our 2nd Amendment rights. He just announced a new liberal power grab to take away our guns,” Texas Governor Greg Abbott (R) wrote. “We will NOT allow this in TX.

Alaska Governor Mike Dunleavy (R) said that Biden’s actions “won’t save lives or stop criminals. Alaska is a Second Amendment sanctuary state, and we will be evaluating our options.”

“I think it’s out of control and it’s obvious that they can’t get it through Congress and so he’s acting on his own,” Iowa Governor Kim Reynolds (R) said. He is continuing to divide the country and he’s doing it through these outlandish Executive Orders.”

Idaho Governor Brad Little (R) said, “Idaho will not stand for President Biden’s unilateral actions to erode your Second Amendment rights,” Little said. “Idaho’s Congressional delegation and I are in lockstep in our opposition."

Wyoming Governor Mark Gordon (R) said “I oppose any orders or actions imposed from the federal level that infringe on this fundamental right. Today I signed HB 236 which prohibits financial institutions and payment processors in Wyoming from discriminating against firearms businesses engaged in lawful commerce.”

The reason for this addition to the Constitution was a fear of the Founding Fathers that the people and the states would be dominated by the powers of the federal government.

Idaho became the fourth state to ban requiring proof of vaccination before residents can use certain public services or goods. 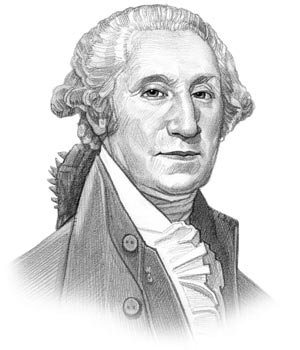 The Powers of the Federal Government, the States and the People

George Washington served in office from April 30, 1789 to March 4, 1797. One of the key events during his presidency was the ratification of the 10th Amendment to the Constitution.

The first 10 Amendments to the Constitution are collectively known as the Bill of Rights. The Bill of Rights, which includes the 10th amendment, was ratified on December 15, 1791.