Reelect the President + Take Back the Congress =

A Bold Immigration Plan for the 21st Century

When President Donald J. Trump addressed Americans from the White House Rose Garden on Thursday, May 21, 2019 he unveiled an immigration plan that will turn America’s broken immigration system from a source of national division into a point of pride and national unity.

The President’s plan has two parts. First, it recognizes that full border security is the bedrock of any functioning immigration system and proposes functional, operational, and structural reforms to strengthen America’s border infrastructure and laws. Second, it creates a new merit-based legal immigration system that protects American wages and safety net programs, prioritizes immediate families, and creates a fair and transparent process for immigration to America. 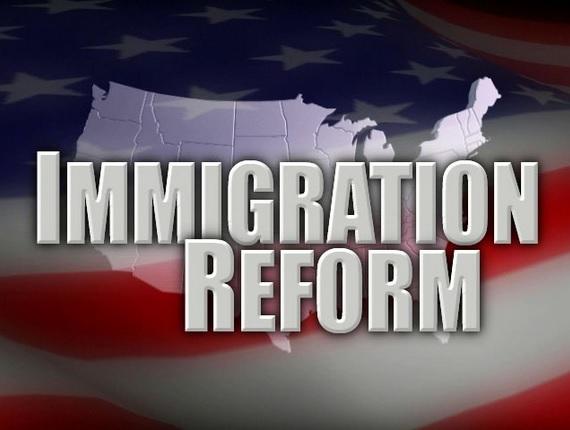 The big idea in President Trump’s plan is that “pro-America” and “pro-immigrant” are synonyms. Illegal immigration hurts everyone. A random, unfair entry process hurts everyone. Underfunded law enforcement hurts everyone. Fixing these things will make life better for our citizens while increasing the odds dramatically that new immigrants are put in the best position possible to succeed.

It’s revealing that the only ones opposed to a safer, stronger immigration system are special interests who profit off the horrible status quo. Those forces against change include everyone from the corporations who exploit cheap, illegal labor to the career politicians who benefit from never solving the issue. The inertia against reform is powerful, but Americans across the spectrum delivered a strong rebuke to Washington “business-as-usual” when they elected President Trump in 2016.

“Many of the Democrats have claimed to be for these concepts at different times in their careers and, in many cases, in very recent history,” President Trump said on Thursday. “And I hope that they will end up joining me and all of the people gathered together today in putting politics aside, putting security and wages first, and pursuing these historic reforms.”

THE MOMENT IS HERE

America has not seriously reformed its legal admissions system in more than 50 years, since Lyndon Baines Johnson was less than two years into his tenure as President. As a result, the developed world today from Canada to Australia is outpacing the U.S. with modern immigration systems that attract the best talent and offer the most opportunity of anywhere on Earth.

Our Nation was once the melting pot of the world. It’s time to restore the American Dream for everyone—citizens and newcomers alike—with an immigration system that works.