"I grew up with you, and you are New York's finest."

President Trump stopped at police and fire stations in honor of first-responders’ heroic effort 20 years ago rescuing victims of the terror attack on the World Trade Center. 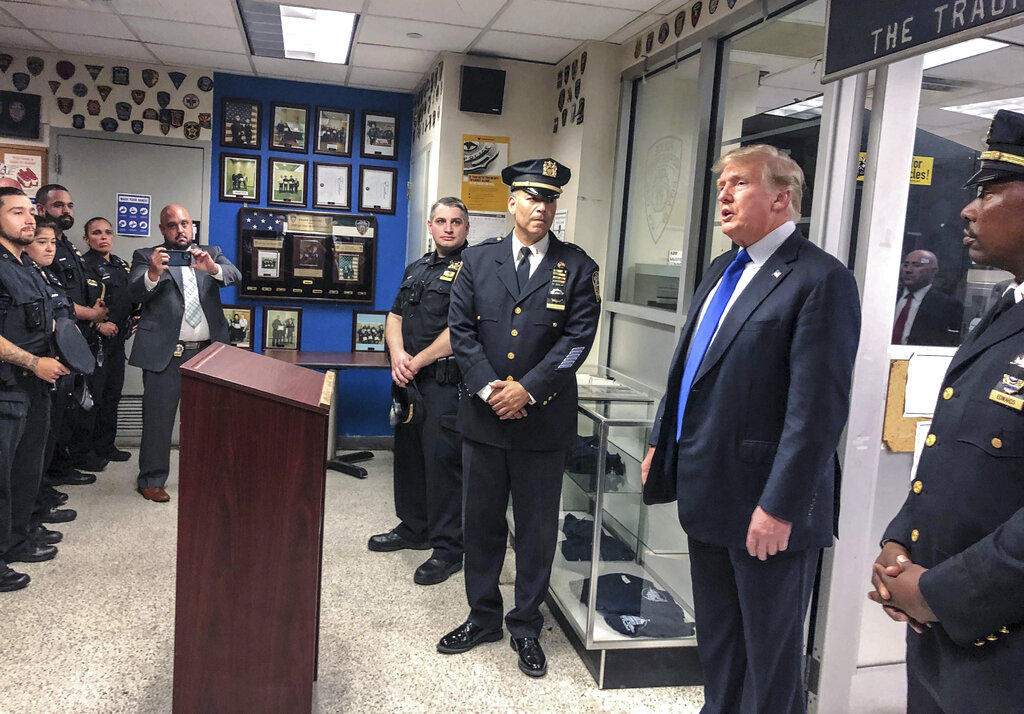 "It’s a sad day. It’s a very sad day for a lot of reasons, and we just added to that reason last week. It  should never have happened. We’re going to have to live with that for a period of time."

The stirring response of Americans everywhere to the 9/11 terror attacks is a reminder of what the country used to be .. and can be again. 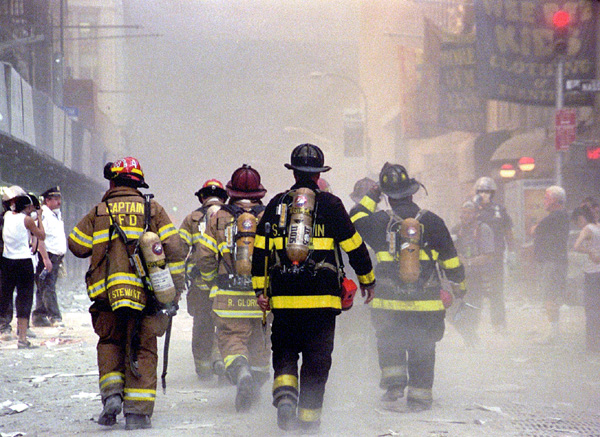 The city’s firefighters rushed headlong into those burning buildings—388 of them gave up their lives in doing so. As terrible as their loss was, we must never forget how successful the rescuers actually were. Nearly 30,000 people escaped before the towers fell.
.
Of their valor and sacrifice, Victor Davis Hanson wrote;

“In the tradition of all great American armies in battle, officers—47 lieutenants, 20 captains, and 21 chiefs—died alongside the rank and file, heroic death requiring no prerequisite of class or color. Indeed, the magnitude of the terrorist-inflicted disaster rivaled that of a fierce battle, where the enemy overruns and annihilates an entire military unit—paramedics, a fire marshal, even the fire department's chaplain were engulfed.”

Thousands of mourners packed churches as the bodies were laid to rest in one transfixing funeral after another. Impromptu memorials to these heroes sprang up around New York, featuring photos of the dead, flowers, messages, and always—American flags. 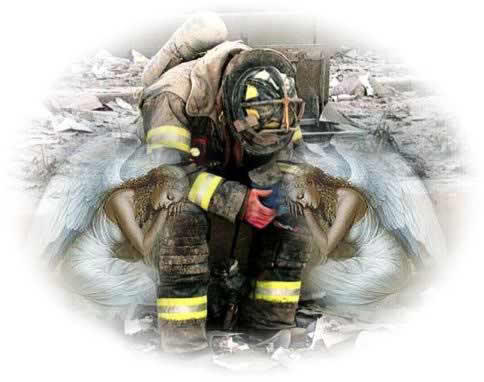 Seen from today’s perspective, the months and years after 9/11 seem to belong more to an old America than a new one. The question is whether that America of heroic cops and patriotic songs, of ordinary Americans rolling up their sleeves, is gone forever or poised for a comeback.

Is the old America really still out there, waiting to come out of hiding? If so, then this 20th anniversary of the 9/11 attacks—evoking, as it will, memories of how New Yorkers and their countrymen responded—would be a good time to reemerge. MORE 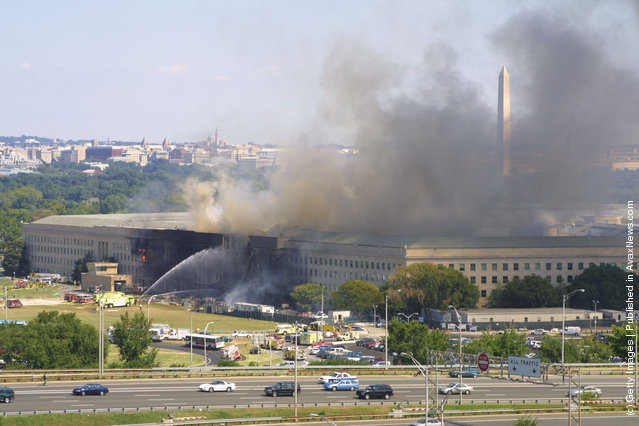 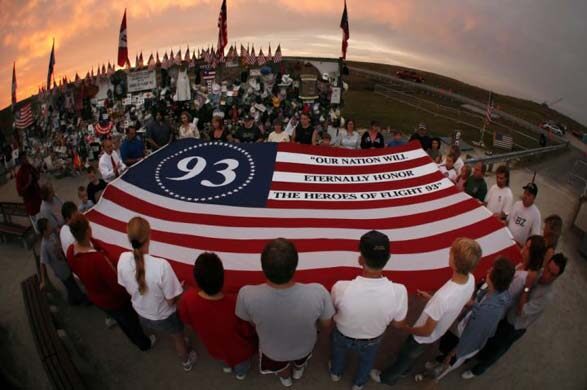