President Trump is right. This is a witch hunt.

William Barr is the latest target of Democratic misinformation

"Sadly, the Democrats are not about to abandon their disinformation tactics — even now that the Mueller report has been released to the public, discrediting the falsehoods they’ve been spinning for more than two years. In fact, the criticism of Barr and President Trump has only intensified, suggesting that the witch hunt is far from over." 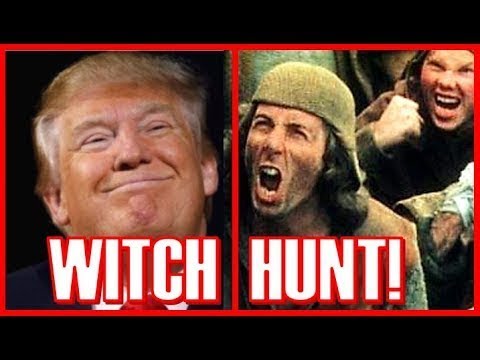 Why Americans hate the swamp

Today is an example of why Congress' approval rating is 20 percent.

It doesn't take a polling expert to tell you that a majority of Americans want Washington to work on solving problems that make their lives better, not on advancing their own Beltway careers through noisy, never-ending spectacles of partisan theater.

Americans know the drill by now: Careerist politicians yell. They hold hearings. They call on witnesses. They make themselves look busy. And then they do nothing of actual substance to help the very people who elected them in the first place.

No ordinary citizen thinks for a second that Congressional Democrats are making a principled stand for a Constitution they readily ignored through eight years of Obama Administration executive overreach. Voters see how the political establishment treats the Constitution as a tool of convenience—useful to praise at times, then easily ignored when it gets in the way. Everyone knows today’s performance is about one thing only: power.

Congressional Democrats don't even pretend to care about governing anymore. Not fixing our broken immigration system. Not rebuilding infrastructure. Not jobs. Not trade. Not manufacturing. Not anything the American people want and need Washington to help fix.

The American people see through Chairman Nadler’s desperate ploy to distract from the President’s historically successful agenda and our booming economy. Neither the White House nor Attorney General Barr will comply with Chairman Nadler’s unlawful and reckless demands . . . The American people deserve a Congress that is focused on solving real problems like the crisis at the border, high prescription drug prices, our country’s crumbling infrastructure, and so much more.

Donald J. Trump is President largely because Americans couldn’t stand another minute of Washington’s do-nothing, business-as-usual, insider political circus. Today, in the halls of the United States Congress, the swamp proved that it hasn’t listened to a single word of it.

Remember the gun running to Mexico disaster known as Operation Fast and Furious?

Attorney General Eric Holder actually was held in contempt of Congress on 6/28/2012 after he refused to provide subpoenaed documents re: the gun running to Mexico disaster known as Operation Fast and Furious. It was the first time in our history that such an action was taken against a member of the president's cabinet. Remember the media firestorm that lasted for months afterwards?

Do you remember that this botched operation put American guns in the hands of drug runners and resulted in the murder of US Border Patrol Agent Brian Terry? Remember the media outrage? 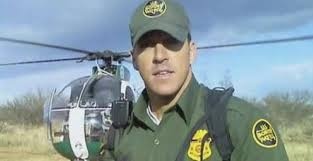 Do you remember the calls for President Obama's impeachment when he subsequently declared Executive Privilege for his AG, in effect ending the Fast and Furious investigation? Remember the media's accusations that this constituted obstruction of justice?

Do you remember AG Holder resigning in disgrace, being stripped of his security clearance and denied his federal pension?

No, you don't remember any of that because it never happened. What did happen when the House voted 255 - 67 to hold AG Holder in criminal contempt, was Nancy Pelosi and dozens of other Democrats abstaining from the vote and walking out of the House chamber. Many of them shouted “shame! shame!" during their dramatic exit.

The shame belongs, then and now, to the Democratic Party .. but somehow they never feel any.