and seeking state-mandated equality of result

The revolution of 1776 sought to turn a colony of Great Britain into a new independent republic based on constitutionally protected freedom. It succeeded with the creation of the United States.

The failed revolution of 1861, by a slave-owning South declaring its independence from the Union, sought to bifurcate the country, More than 600,000 dead later, slavery was abolished, a Confederacy was in in ruins, and the South was forced back into the United States largely on the conditions and terms of the victorious North.

The 1960s saw efforts to create a new progressive nation by swarming democratic and republican institutions. The sheer force of a left-wing cultural revolution would supposedly transform a nation, in everything from jeans, long hair, and pot to rock music and sexual “liberation.” It was eventually diffused by popular weariness with the extremism and violence of the radical revolutionaries, and the establishment’s agreements to end the Vietnam War, give 18-year-olds the right to vote, phase out the draft, expand civil rights to include reparatory action, legalize abortion, radicalize the university, and vastly increase the administrative state to wage a war on poverty, a war on pollution, and a war on inequality.

Our present revolution is more multifaceted. It is a war on the very Constitution of the United States that has not yet brought the Left its Holy Grail: a state-mandated equality of result overseen by an omnipotent and omniscient elite. The problem for today’s leftists is that they are not fighting Bourbon France, a reactionary Europe of 1848, or Czarist Russia, but an affluent, culturally uninhibited, and wildly free United States, where never in the history of civilization has a people attained such affluence and leisure.

Poverty is not existential as it once was, given high technology and government redistribution. The grievance is not that America is destitute (indeed, obesity not famine is our national epidemic). The poorer do not lack access to material goods (everything from iPhones to high-priced sneakers is in the reach of about everyone).

Instead, the complaint is that some have far more than others, and the government, despite its $21 trillion in debt, seems unable to guaranteed universal parity, especially when the people seem unexcited about joining “taking a knee” protests or “swarming the homes” of counter-revolutionaries. In other words, millions of Americans will never join Antifa, Black Lives Matter, or Occupy Wall Street on the barricades; nor will they worry that in Texas 59 percent of white women voted for Latino Ted Cruz while 95 percent of black women voted for white male Robert O’Rourke. They apparently prefer instead to live private lives on their own terms.

Taking a drive in a Hyundai today is far more comfortable, reliable, and safe than touring in a 1970 Rolls Royce. An inner-city youth with an iPhone has more computing power and global access in his palm than did an estate owner in 1990 with a row of mainframe computers in his basement. So revolution is not so easy anymore and requires changing the very idea of the state, the law, and the ancient institutions that uphold them.

Sovereign and secure borders do not lead to the sort of demographic upheaval that fuels progressive agendas. Measured, legal, meritocratic, and diverse immigration does not result in a vast impoverished shadow population in need of self-appointed advocacy; it enhances individual assimilation, integration, intermarriage, and Americanization.

If in the past nullification of federal laws led to the states’-rights crises involving southern states in 1828–32, 1860, or 1962, today there is apparently little worry about ignoring federal immigration statutes. We simply have allowed more than 500 municipalities, counties, and states to declare full enforcement of federal immigration law null and avoid within their jurisdictions — period.

Immigrants 1,000 miles away, intent on crashing the southern border and residing in the U.S. illegally, sue the federal government to force acceptance of their anticipated illegal entry. Again, the revolutionary idea is that progressive messaging cannot win 51 percent approval without changing the demography — and changing the demography is impossible without constitutional nullification.

Voting does not always result in the result that progressives desire. Unfortunately for the Left, more than half the country still believes America is unquietly good, blessed with a wonderful inheritance by its brave and ingenious ancestors, a beacon of freedom and security in a scary world, and constantly improving. Even a progressive media, university, Hollywood, and a progressive plutocracy, Antifa, and street theater cannot yet change that fact.

So the revolution again turns to upending the constitution and the law. In Florida, local violations of state election laws seek to warp the result and elect the more progressive candidate. More fundamentally, why does a Wyoming of 600,000 souls deserve two senators, the same number as in California with its 40 million? Are not 39,400,000 California citizens deprived of their “rights” of proportional senatorial representation?

Why is there an electoral college that violates the spirt of Athenian democratic direction elections? Why is there a Second Amendment that allows “automatic” assault weapons and “nuts” with handguns?

For that matter, why is there a counterrevolutionary First Amendment that protects “hate speech” and de facto promotes right-wing racists, homophobes, nativists, xenophobes, sexists, and climate-change deniers, allowing them to propagandize and pollute the public discourse and infect campuses with right-wing rhetoric?

The courts have become revolutionary. They now routinely overturn popular referenda, presidential executive orders, and legislative statutes, mostly on the principle that better-educated, more moral and experienced judges answer to a higher, more progressive calling and know what in the long run is best for the uneducated rabble. From now on out, every Republican-nominated Supreme Court nominee will probably result in a Kavanaugh-like circus, in which protestors in the gallery, disruptive senators themselves, and mobs in the street will attempt to create so much chaos that the wearied public will cave and just wish that conservatives would not nominate such controversial constructionists.

Today’s university is in a revolutionary spiral. The U.S. Constitution does not necessarily protect students and faculty. By that dramatic statement, I mean, free speech is all but gone. A professor who confessed opposition to affirmative action, abortion, or global warming would face ostracism and even risk physical assault and yet see his attackers all but sanctioned by a neutral or complicit administration.

Due process is nonexistent in many areas. In accusations of sexual harassment or assault, there is little left of the presumption of innocence, the right to confront and question a transparent accuser, and the appeal to be judged by a jury of one’s peers. Most of the 1960s civil-rights agenda is moribund on campus.

Racial segregation in dorms and safe spaces is unquestioned. Racial biases can result in rejected admission on the premise that there are too many of one particular race on campus — and merit-based criteria are a prejudiced construct anyway. Censorship has returned, by both banning texts and demonizing classics now deemed to need “trigger warnings.” Free assembly and expression are on life support. Speakers and guests deemed “right-wing” are shouted down, swarmed, or disinvited by a terrified Bourbon administration.

The mob is becoming in some ways as powerful as the French rabble who cheered on the guillotine, or the adolescent crowds that spoiled affluent kids such as Bill Ayers and Jane Fonda once used as demonstration fodder. Instead, it is vast and global — and linked by instant communications on social media and the Internet, and it remains often anonymous. Post or say one wrong word, and the electronic turba comes out of the shadows, swarming to demand career-ending confessions, or offering amnesty on promises of correct reeducation. One’s entire life can be accessed in nanoseconds to root out past thought crimes and counterrevolutionary speech. Be deemed a right-wing obstructionist or activist, and everything — from one’s cell-phone number and email address to private residence and office —can become known to 7 billion.

Logging on may mean using the public airspace and thus entering the domain of a traditionally regulated public utility, but the masters of the universe at Apple, Facebook, Google, and Twitter, by the power of their trillions of dollars and loud progressive fides, are exempt from antitrust and monopoly legislation. So when the mob targets a public enemy, correct-thinking thirtysomething geeks and nerds in Menlo Park and Palo Alto gear up to shut down, censor, and recalibrate public transmitted speech and thought.

Almost everything we have seen in just the last three months — the Kavanaugh chaos, the “caravan,” the ongoing Mueller octopus, recounting election results until they are deemed “correct,” the Beto and Gillum neo-socialism craziness, the swarming of a Fox News anchor’s home, driving public officials out of restaurants, the media circus at presidential press conferences — are symptoms of revolutionary America. In this conflict, one side believes it is not only not fair but also not allowable that it lacks the necessary power to make us all equal — but equal only in the eyes of a self-anointed elite. 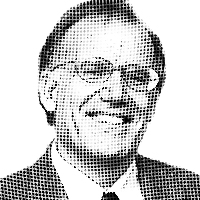 VICTOR DAVIS HANSON  is a senior fellow at the Hoover Institution and the author, most recently, of The Second World Wars: How the First Global Conflict Was Fought and Won. @vdhanson