Consider: +80% of illegal migrants are unvaccinated.

Democrats at various levels of government are dismissing the bodily autonomy of Americans who do not wish to get vaccinated. White House Press Secretary Jen Psaki claims unvaccinated Americans are at fault for the latest COVID fears. Her comments come as COVID-19 deaths remain at their lowest in many months, while at least 11,500 people died from vaccines.

Psaki’s remarks were mild, however, compared to the rhetoric shared by California Gov. Gavin Newsom. During an interview with CNN, the Democrat governor made a remarkably tone-deaf statement comparing Americans who don’t get vaccinated to drunk drivers. MORE

Joe Biden: "We have a pandemic because of the unvaccinated and they're sowing enormous confusion. If those other 100 million got vaccinated, we'd be in a very different world. So get vaccinated, if you haven’t, you’re not nearly as smart as I say you are.” MORE 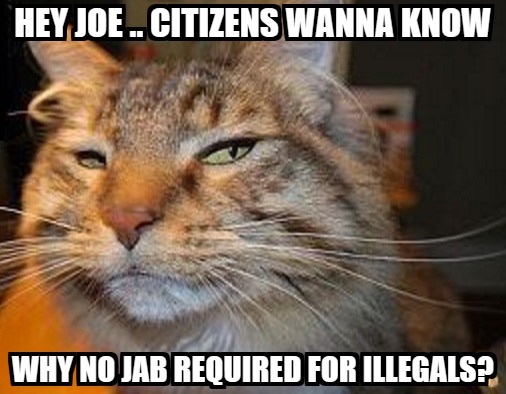 New York Post (link) noted earlier this month - over 80% of migrants are unvaccinated.

It's the hottest part of the summer and apprehensions are skyrocketing! #USBP Apprehensions surpassed the 1-million milestone in June. NOW- this week alone - #RGV has apprehended more than 20K illegally present migrants.