Supreme Court Justice Stephen Breyer will retire at the end of the current court term, setting up the final step to elevate DC Appeals Court Judge Kentanji Brown Jackson to the Supreme Court. This is exactly what was planned from the appointment of Merrick Garland to U.S. Attorney General. [GO DEEP] 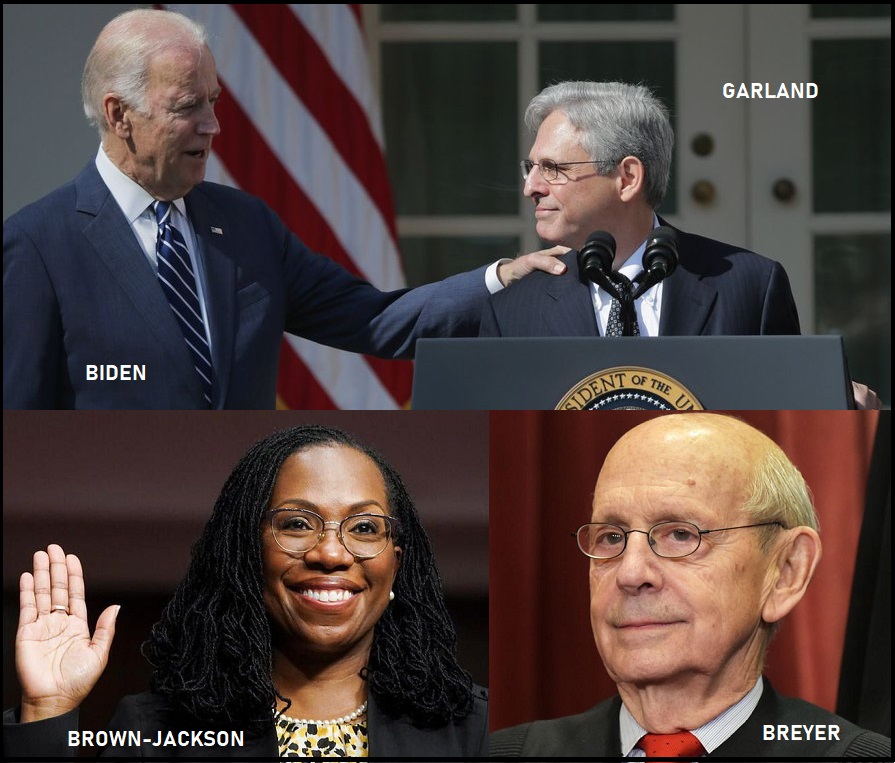 As reported by CTH in March 2021 – "Merrick Garland was confirmed Attorney General to open his seat in the DC Appeals Court for Kentanji Brown Jackson. KBJ’s appointment to that specific court needed Senate confirmation.

In June 2021, KBJ was confirmed [GO DEEP] with a vote of 53-47.  Susan Collins, Lisa Murkowski and Lindsey Graham voted with Democrats to support KBJ to the circuit court.

Once Senate confirmed, we anticipate (almost to a certainty) that replacement (KBJ) will be elevated to a Supreme Court nomination to replace Justice Stephen Breyer, now 82-years-old.

The Senate will have no political ammunition to block or not confirm the radical SCOTUS pick, because she will have been confirmed months before. As a standalone nomination for SCOTUS she would be a radical pick; Justice Brown Jackson is a known activist in the DC District Court; however, with this maneuver she could get through nomination easier and then sit on the highest court for thirty years."